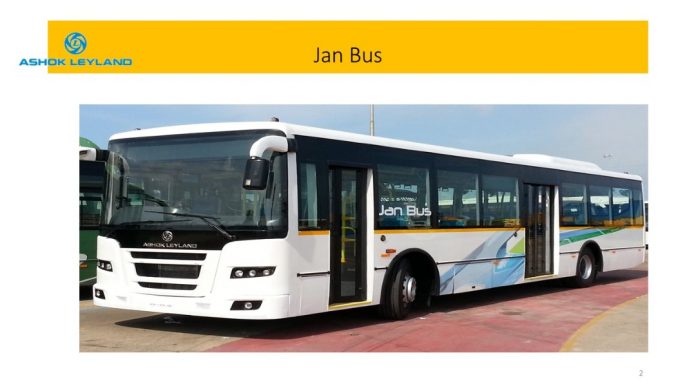 On Thursday the Tondeka Metro Bus Company held a ‘Greater Kampala Mass Transit Bus Service’ conference at the International University of East Africa under the theme “From Planning to Execution”. The conference that was attended by a number of high profile guests and various stake holders in the transport sector revealed a new bus system that would not only decongest the capital city but further provide a more organized and sanitary mode of transportation within Kampala and its neighboring districts.

The conference was officially opened by the Minister of Works, Gen. Katumba Wamala, who strongly urged for the support of the new bus system that would be more organized in terms of distribution of funds as well as pick-ups and drop offs of passengers compared to current and previous taxi organisations. “I am set to meet with taxi drivers to organize the transport industry and see how they can work together with Tondeka drivers and reduce the fights and chaos that usually happen-we need more laws and order within this sector.” said the Minister.

However, Matia Lwanga, the LCV, Wakiso district strongly believes that the problems in the taxi industry are majorly caused by the leaders in power due to the absence of clear, official line of authority and thus everyone can be a leader.

Being the capital city of Uganda, Kampala serves as both an administrative and business center within the nation and therefore attracts a lot of people and which inevitably leads to a lot of activity within the town. Studies have shown that although only 1.6 million people live within Kampala the number rises to a whopping four million during the day with the average Ugandan spending over 24 hours in traffic; forfeiting the businessman about two million shillings daily.

“As a leader of local government we welcome Tondeka because we have always had an issue of traffic Jam in towns,” George Frederick Kagimu, Mayor of Mukono Municipality stated. The leader expressed his dissatisfaction with the amount of time that Ugandans wasted on the road, especially those who lived outside of Kampala. With the introduction of the Tondeka buses the number of low capacity vehicles on the road is expected to reduce and this will eventually lead to a more organized traffic system as well as a drop in pollution levels.

Despite its delay in launching since last July when it first made an appearance, the Tondeka Metro buses were given the support of Government including a directive from the President Yoweri Kaguta Museveni who asked for the co-operation between local government, taxi drivers and Tondeka buses in order to fast track this project and also create employment opportunities within the transport industry.

Despite preceding companies such as Pioneer and Wakula Enume failing to maintain their route structures, Tondeka’s future looks brighter due to the involvement of a number stake holders such as Kampala Capital City Authority, Kiira Motors as well as taxi drivers who have promised to work hand in hand with the Tondeka operatives.

Sheikh Muzaata Baate thanked the organizers and leaders for involving the people of Uganda in the launch of such a timely initiative. He urged for leaders and people to continue working together in order to avoid misunderstandings and fights amongst their various colleagues: “Everyone is cooking their own thing, but if we cook together, then we can move forward as a country.” He went on to bless the occasion and chastised the leaders of Uganda for not respecting religious leaders and yet they are deemed to be the elders within their respective communities.

The first batch of buses is set to arrive in September will comprise of 980 Leyland buses from India, these will be accessible only through electronic payment by use of a metro card. The buses are supposed to cover a wider radius than taxi drivers in a bid to ease transportation and reduce the number of vehicles on the road. Some of the proposed routes include: Mukono-Kampala, Nsanji, Kampala-Buloba, Kampala-Wakiso, Kampala-Matugga, Kampala- Entebbe and Kampala-Ggaba. The buses will be monitored by the Uganda Development Corporation (UDC) and will greatly improve on the customer care of commuters.

Other partners such as KCCA have committed themselves to supporting the Tondeka bus system by improving the infrastructure like: road signage, Parking and improved roads in order to ensure the operations of the bus services run smoothly.