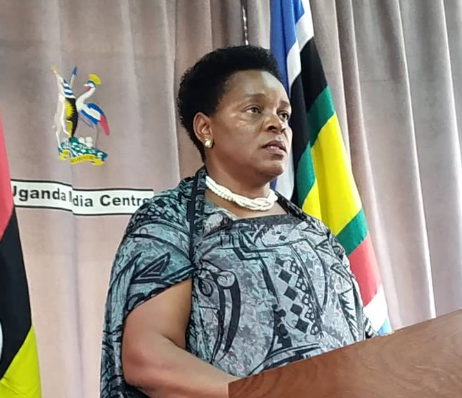 Minister of State for Gender, Labour and Social Development, Peace Mutuuzo has said that Uganda is set to commemorate the International Day of Zero Tolerance for Female Genital Mutilation that is aimed at raising awareness among Ugandans about the dangers of this practice and to advocate for its total elimination.

Female genital mutilation (FGM) comprises all procedures that involve partial or total removal of the external female genitalia, or other injury to the female genital organs for non-medical reasons.

Globally, it is estimated that approximately 100 to 140 million girls and women have undergone some form of Genital Mutilation or cutting.  The practice is prevalent in 28 countries in Africa and some countries in Asia and the Middle East.

A disturbing trend of FGM surge was observed within a period of three -four months (Nov 2018 to Jan 2019) in Kapchorwa, Kween and Bukwo which resulted in an estimated 350girls and women being mutilated. This demonstrated the need for consistency and sustainability of interventions.

FMG is categories in four ways which include clitoridectomy and excision, both of them are practiced by the Sabiny in eastern Uganda. The others are infibulation or pharaonic commonly practiced by the Pokot and Mainly Genital elongation practiced by Bantu.

The practice is mostly carried out by traditional circumcisers, who often play other central roles in communities, such as attending childbirths. In many settings, health care providers perform FGM due to the erroneous belief that the procedure is safer when medicalized.

The practice also violates a person’s rights to health, security and physical integrity, the right to be free from torture and cruel, inhuman or degrading treatment, and the right to life when the procedure results in death.

Since 2008, the Ministry of Gender, Labour and Social development (MGLSD) partnered with UNFPA and UNICEF to implement a Joint program to accelerate the abandonment of Female Genital Mutilation or cutting (FGM) in Uganda.

Legal and Policy framework is conducive and the following Laws and Policies are in place, namely: Prohibition of FGM Act 2010, The FGM Regulations 2013, Domestic Violence Act 2010 and its Regulations, National Policy and Action Plan on Elimination of Gender Based Violence (2016).