Government has started airlifting pesticides following the invasion of Desert Locusts in some parts of Amudat, Nabilatuk and Nakapiripirit districts that share a common border with Kenya.

Upon confirmation of desert locusts in Kenya, government of Uganda through Ministry of Agriculture, Fisheries and Animal Husbandry has been preparing on how best to counter them. Last week Accountant General in the Ministry of Finance, Lawrence Ssemakula said Shs15 billion budget has been set aside as contingency to fight the spread of locusts.

The pesticides, manual and automatic pumps, are being packed and airlifted from Kololo ceremonial grounds. The pesticides include Fenitrothion 96 per cent low volume formulation, Malathion which is an organophosphate insecticide commonly used to control mosquitoes and a variety of insects that attack fruits, vegetables, landscaping plants, and Parathyroid insecticides. 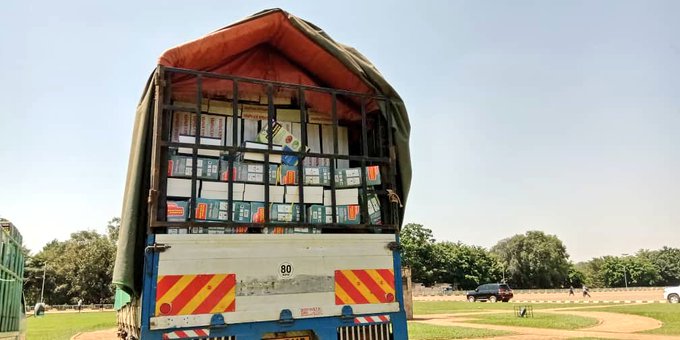 The State Minister for Agriculture Aggrey Bagiire confirmed that locusts had entered the country on Sunday evening. He however said that there is nothing to worry since government has a stock of chemicals for spraying.

“The exercise requires a lot of water and they have asked the districts to avail their water bowsers and other equipment to support the fetching and delivery of water.” He said.

Originating from Yemen all through to the coast of Somalia, scientists believe harsh environment and the conflict in Yemen have denied the government there an opportunity to marshal efforts to contain the insects.