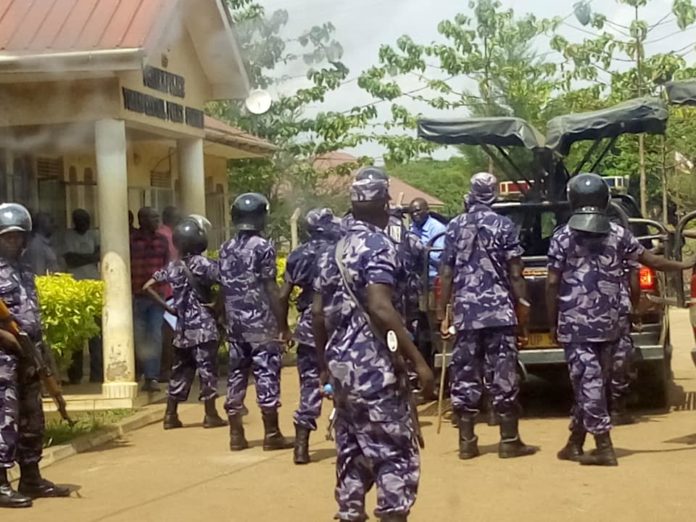 A police constable attached to Banamwaya community police station has opened gunfire on two of his colleagues killing them instantly.

Its alleged that Police Constable No 53443 Ojilong Ben had a heated argument with his colleague No. 30007 CPL Opito Alex on how to proceed with a case, Police Constable Ojilong reportedly picked his gun and shot Opito several times killing him instantly.
One Local Defence Unit personnel that was passing by was seriously wounded in the process, Ojilong later committed suicide by shooting.
Post Views: 700