Residents of Kanyogoga parish, Butorogo Sub-county, Mubende District are living in fear following a series of incidents that resulted in the death of one of their own, Vincent Karemera, 33 years on February 9.

In December last year, Vincent Karemera, a farmer, was carrying on his daily activities alongside fellow villagers in Mpiive Forest when they were set upon by a group known as ‘Group Gang’. 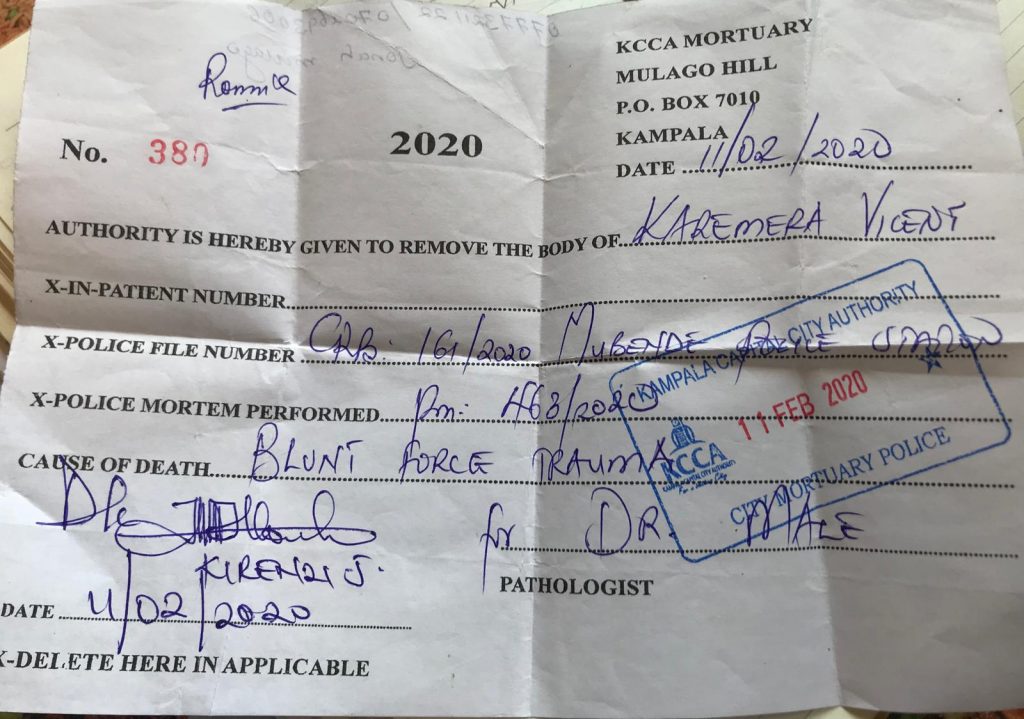 It is said that Karangwa uses the name of Gen. Salim Saleh in doing some of his dubious activities. However, this is not the first time Karangwa who is known for evicting people on land. He has previously clashed with former Miniser Idah Nantaba in Kayunga and other areas in Busoga sub-region. 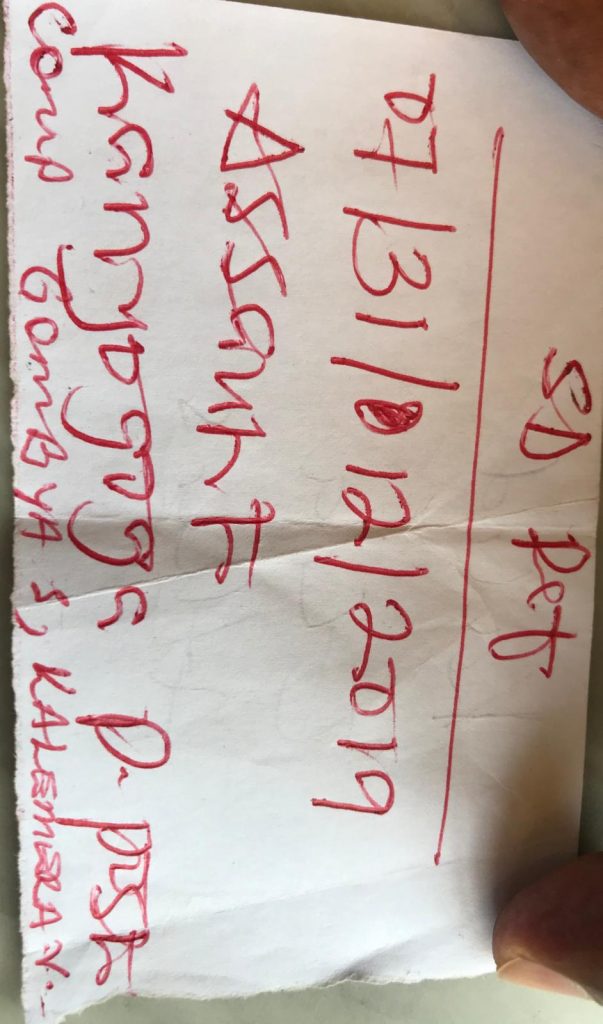 The villagers were subjected to beatings using gun butts and machetes for several hours leaving many nursing injuries.

An assault case REF 07/31/12/2019 was reported at Kanyogoga Police post but no action was taken despite a subsequent meeting involving the district RDC, DPC and NRM Kayunga chair Moses Karangwa. However, none of the above security personnel could intervene for fear.

Eagle Online was informed that Karangwa boosts of having influence and therefore, whoever tries to summon him finds it hard in operating in the area. It is alleged that he influenced the transfer of the current RPC from Kayunga to greater Mubende.

Fast forward to Monday February 11, still reeling from the assault the previous year, the gang descended on the villagers again and subjected them to another beating which left among others Vincent Karemera in critical condition.

Karemera  was then rushed to Kifumbira Health centre for treatment and returned home to rest. Unfortunately he passed on the same day.

It was at this point that a team lead by the OC Station Mubende collected the body of the deceased and drove to Mubende Referral Hospital to carry out a post mortem under the directive of the RPC and DPC Mubende (a one Ahimbisibwe).

The deceased family was then verbally informed that the cause of death had been identified as cancer. However following protests from the family, the body was transferred to Mulago for a second post mortem and the cause of death was listed as blunt force trauma.

Other villagers subjected to the assaults that have been identified include Rasta Nzeyimana, Sam Gombya, Seruvumba Faustine. Other villagers refused to be identified for fear of reprisals which have become endemic in the area.

Khalid Bikongolo has since been arrested following pressure from the community

This incident adds to a growing number of incidents involving the seemingly untouchable Moses Karangwa across several districts including theft, extortion, grevious bodily harm and assault. In many cases, there has been no conclusive end as witnesses or evidence have been tampered with or lost.