City lawyer and former Deputy Katikkiro of Buganda Apollo Makubuya and two others  have been dragged to the High Court on allegations of land grabbing by former Executive Director of the Kabaka Foundation, Ambassador Matia Lubega.

Makubuya is jointly sued with Buganda Land Board Limited and Buganda Minister in charge of Culture and Tourism,Mr. Kyewalabye Male .D 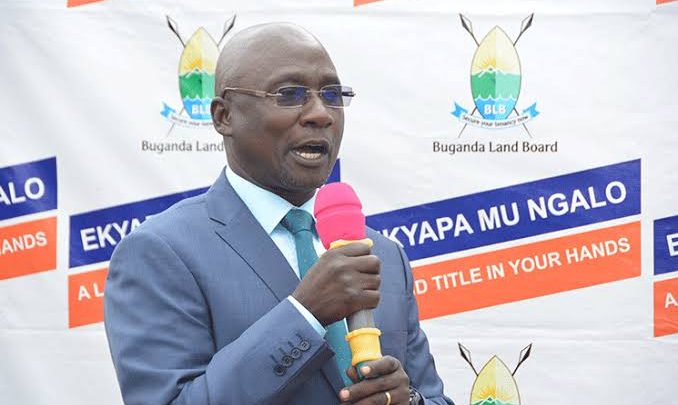 Ambassador Lubega is the founder executive director of Kabaka Ronald Mutebi’s charity arm, the Kabaka’s Foundation.  It is alleged that when Ambassador Lubega retired from active service of the Kabaka, the Kabaka gave him land as a token of appreciation for the work well done and instructed his attorney, Apollo Makubuya, to transfer the land to him. Instead, Makubuya transferred the land to himself, defying Kabaka Mutebi’s direct orders. 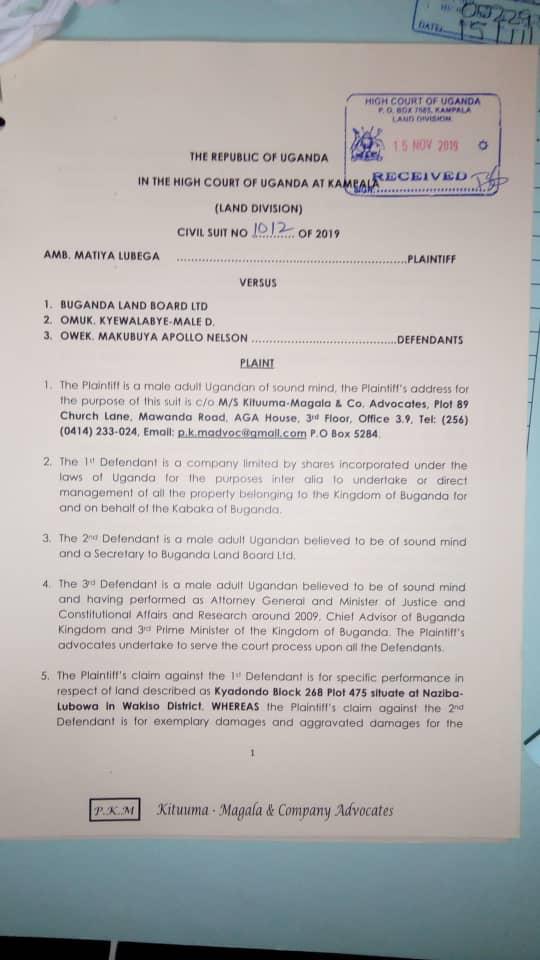 These revelations are contained in court documents which this website has seen.

Ambassador Lubega filed this case to court after failing over the last many years to have his land returned to him by Makubuya.

The case is registered under civil suit number 1012 of 2019 of the High Court of Uganda (Land Division). Ambassador Lubega is represented by Kituuma-Magala and Company Advocates. 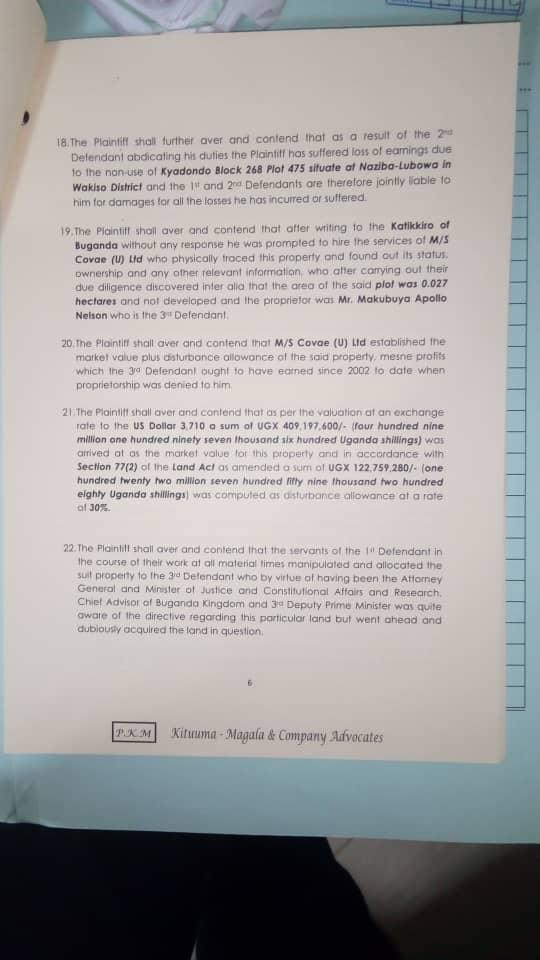 The land in question is situated on Block 268 Plot 475 Kyadondo in the upscale Lubowa neighborhood along Entebbe Road and valued at about Shs5.3 billion.

The court documents say that Apollo Makubuya who Kabaka fired recently from his position of Deputy Katikkiro on unknown grounds “used his office as Kabaka’s attorney to dubiously acquire the land in question.”

Ambassador Lubega wants court to issue a declaration that he is the rightful owner of this multi-billion land and Apollo Makubuya “defied the executive orders of the Kabaka of Buganda to fraudulently acquire this land.”

Ambassador Lubega also wants Makubuya to pay him Shs480 million per a year for the period he has illegally occupied this land. 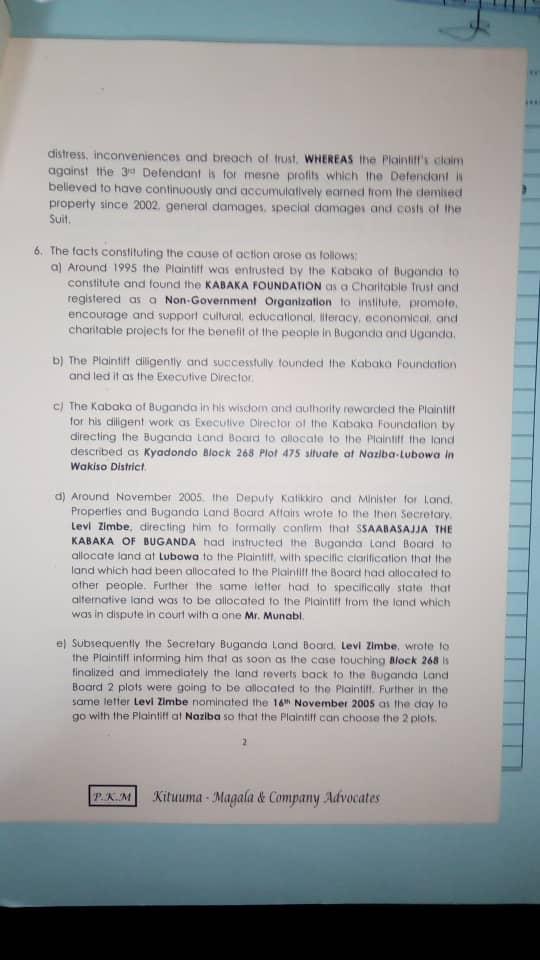 Makubuya who is a partner at MMAKS Advocates where the other partner, Timothy Masembe Kanyerezi and David Mpanga of Bowmans were declared by court as conflicted in the case involving Bank of Uganda and former directors of Crane Bank Limited led by Sudhir Ruparelia. soon after the declaration of conflict of interest, Kabaka Mutebi dropped to two in a cabinet reshuffle in the kingdom relegating them to ceremonial functions with less significance. Another law firm that was found to be conflicted is Sebalu and Lule Advocates.

Byarugaba to Rotarians: Use your positions to solve problems in your...