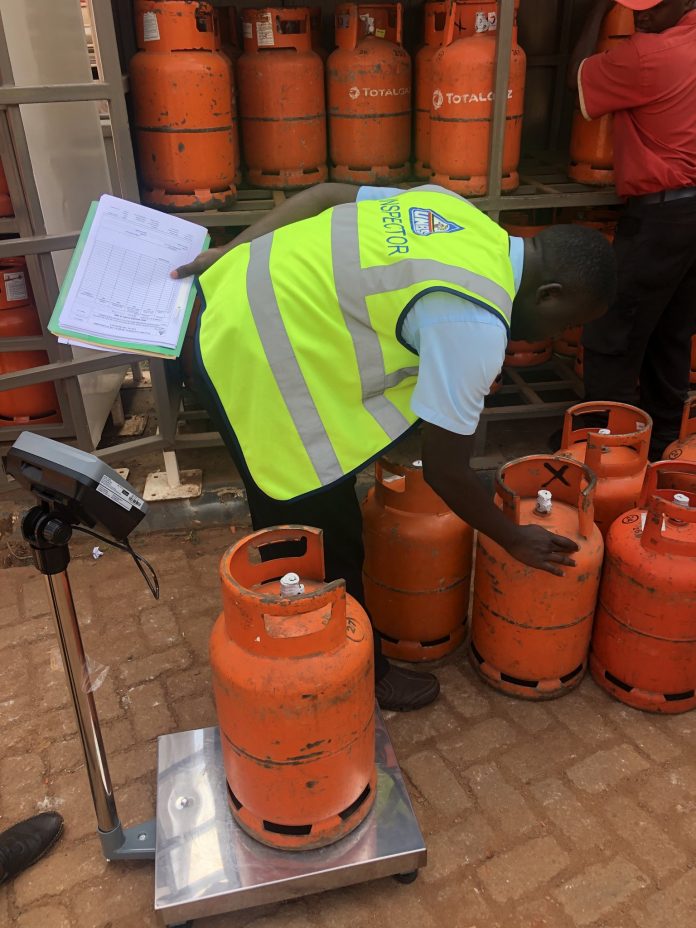 Uganda National Bureau of Standards (UNBS) has started an inspection programme aimed at verifying the weights and sensitizing distributors on the quantity and safety requirements of Liquefied Petroleum Gas (LPG).

The verification exercise was prompted by growing concerns of underweight LPG being sold on the market. The exercise is also aimed at providing distributors with information on the requirements of standards, codes of practice and processes.

Uganda Standard US 971-4 Liquefied Petroleum Gases (LPG) — Part 4: Specification addresses commercial liquefied petroleum gases consisting of either propane or butane or mixtures thereof. There are many uses for liquefied petroleum gases. Important uses include domestic, commercial, and industrial fuels, as a carbon source material in metal treating operations, as refinery raw materials for synthesis of gasoline components, and as petrochemical raw materials.

LPG, commonly known as gas has become a vital source of alternative energy especially in urban centres and is used in homes for cooking, heating and water heating in the residential and commercial markets. In agriculture, LPG is used for crop and animal production, grass cutting and weed control, and powering farm equipment such as irrigation pump engines. Industry relies on LPG for heating, drying, process heat and powering industrial trucks.

While its usage has become popular, there are unethical, unauthorized, or illegal practices that have emerged putting consumers at risk and creating unfair competition. It is likely that under-filling of cylinders is being done deliberately to cheat consumers. Over-filling of cylinders and containers may also be done due to poorly calibrated filling equipment which is dangerous and increases the probability of an uncontrolled loss of product.

UNBS is committed to enforcing policies and regulations that create a safe, equitable, and competitive environment for industry participants, and to ensure the benefits of LPG are not denied to those who rely on LPG for basic life needs.

The verification exercise will initially be carried out in the areas of Entebbe, Kampala and Mukono.