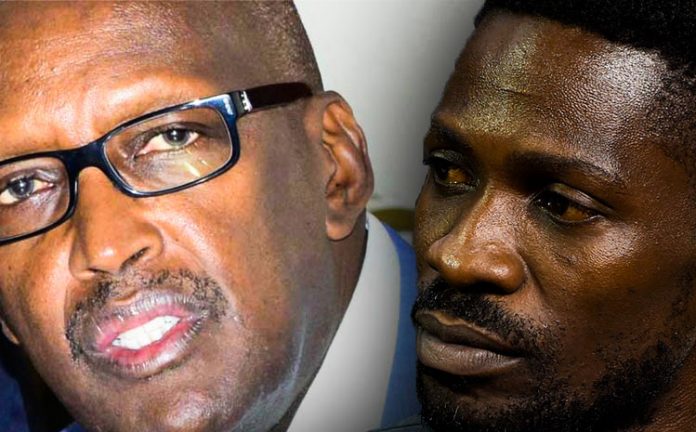 Gen. Tumukunde declared last week that he was to run in the 2021 presidential race against the incumbent Yoweri Museveni.

While appearing on NBS-TV morning show said “I must say that I met the General and we are talking. I had even met him in the past. But of course I will not tell you so much of what we discuss,” Mr. Wine said.

Asked whether he was ready to meet Senior Presidential Advisor on Special Duties who also doubles as First Son, Lt. Gen. Kainerugaba Muhoozi said he wasn’t willing since his freedoms had been curtailed by Gen. Muhoozi’s father who doubles as President of Uganda, Yoweri Kaguta Museveni.

“What is there for me to talk with Muhoozi when his father is stepping on my neck? It is important to have good ground for conversation. Let them stop killing Ugandans and stepping on my neck. Nelson Mandela said, only free men can negotiate. Historically, Gen Muhoozi and his father behave like that. They had come to take my life in Arua, but unfortunately, they took that of Yasin Kawuma”.