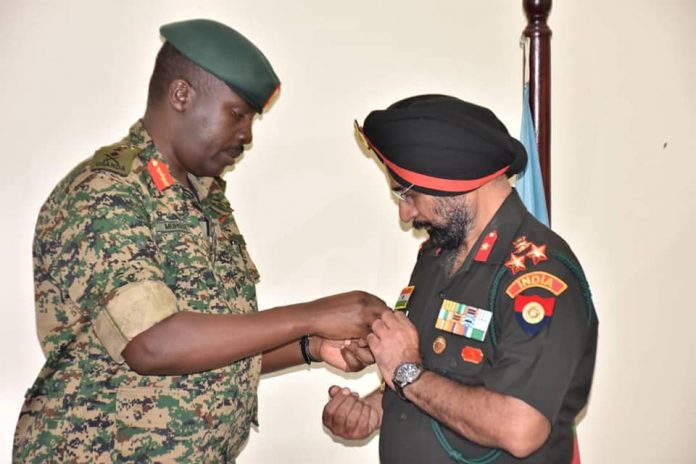 The awards have been confered upon the Officers by the Chief of Defence Forces (CDF) Gen David Muhoozi.

In his remarks, the CDF praised the Indian officers for the job well done during their two year stay at Senior Command and Staff College Kimaka, reminding all that the Indian military has had good working relations with the UPDF for some good time.

“Thank you for imparting exceptional skills to our senior officers. The skills you have unresevely imoarted in them will greatly impact the development of the Force. Thank you for bridging the gap between the UPDF and the Indian Association of Uganda. Our relationship with the Indian Association of Uganda has greatly improved partly because of you,” Gen David Muhoozi remarked. 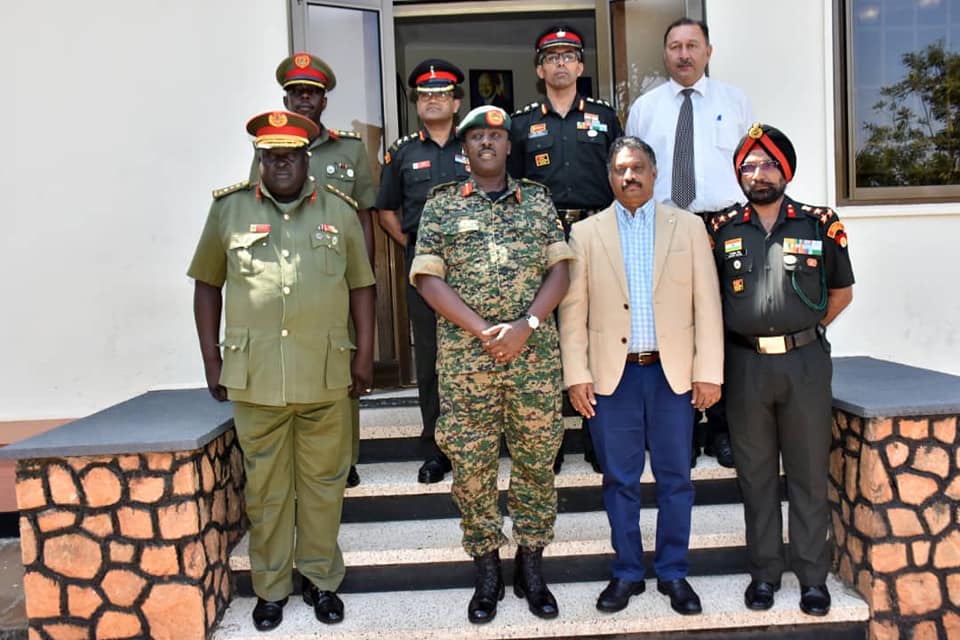 The CDF asked the Indian team to find a way they could partner with the Indian Association of Uganda to help Ugandans in fighting COVID-19 pandemic.“There are people who cannot afford to buy hand sanitizers, soaps and even water and other things needed in the fight against this pandemic, if we could work together and see how to provide these essentials, this virus would be put out.”

Gen David Muhoozi applauded the team for their work towards the development of Senior Command and Staff College Kimaka which include: Building a basketball court, donating a sixty five (65) seater bus and TATA trucks among other things.

Lt Gen Andrew Gutti, the Commandant of Senior Command and Staff College, Kimaka thanked the Indian Officers for executing their duties very well and leaving behind a good mark. “You have left behind big shoes we hope that the team that will come after you will be able to fit in and also work diligently like you.” Lt Gen Gutti said.

Brig Gen Ranjit Singh who led the Indian Officers thanked the UPDF under the leadership of the Commander in Chief, His Excellency Yoweri Kaguta Museveni and the CDF for the hospitality and good working relations saying that they are committed to continue working with the UPDF for the good cause.