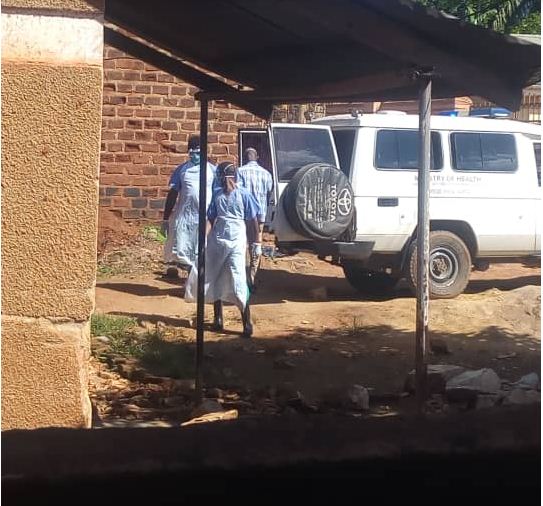 Uganda adds to the total of 375,498 confirmed cases worldwide. The virus started in the Chinese Wuhan city has since spread to 195 countries claiming 16,362 lives.

The five cases were confirmed by the director of health services in the ministry of health, Dr. Henry Mwebesa.  The confirmed cases include; a 63 year old man a resident of Najjanankumbi who recently travelled from Germany over the weekend and is currently hospitalized at Entebbe General Hospital.

A 57 year old man who works at Elegu board. The confirmed case has no history of travelling outside Uganda and is currently admitted to Adjumani hospital.

An eight month baby. The baby  is currently admitted to Iganga hospital. According to the Dr. Mwebesa, the baby and its parents had just returned from Kenya.

The last two cases are the two Chinese who part of the six who escaped from the quarantine. The six were arrested in Zombo district as they tried to force their way to Democratic Republic of Congo.

Bobi Wine drags gov’t to court for suffocating his freedom of...