Dr. Mugume is is the Executive Director Research and Policy. He was named after a board meeting this afternoon and this comes after the news that Governor Emmanuel Mutebile had taken a sick leave. 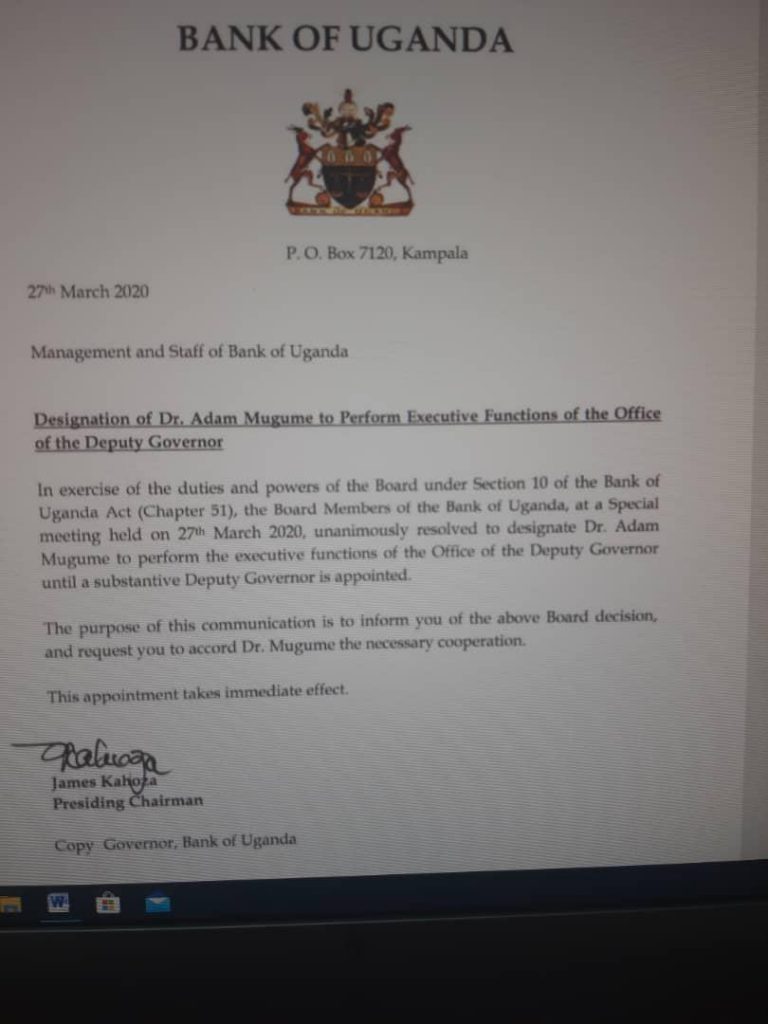 He is an economist with  PhD from Oxford University. He taught at Makerere University School of Economics for a long time.