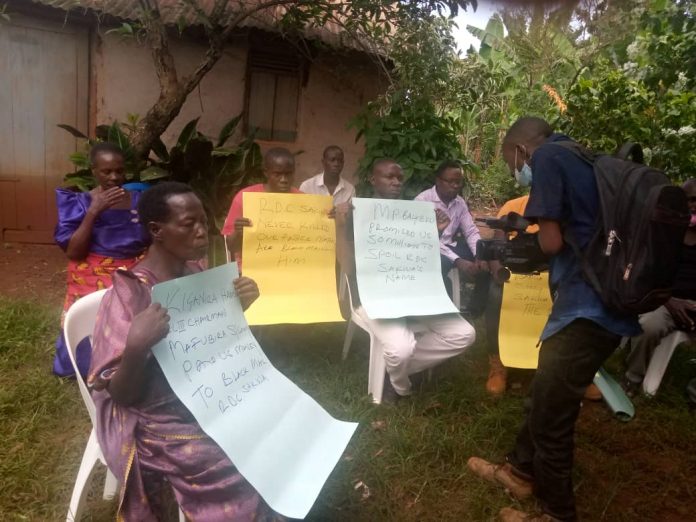 As Jinja gets more divided over conflicts among bigwigs in regard to the recent interdiction of Resident District Commissioner, Eric Sakwa, the family of the deceased has come out to clear the air in regard to the alleged matter of man slaughter charged against Sakwa.

In a press conference held this Friday May 15, 2020 at Ivunamba village, Budondo sub county, jinja district, the orphans, widows and deceased’s brother revealed to the public that Isanga was diagnosed with high blood pressure a condition that had compromised Isanga’s health for a long period of time.

The family accused jinja west legislator Moses Grace. Balyeku for funding the whole saga at an estimate of shillings 50m through different people among which is the LCIII chairperson of Mafubira, Hamisi Kiganira. 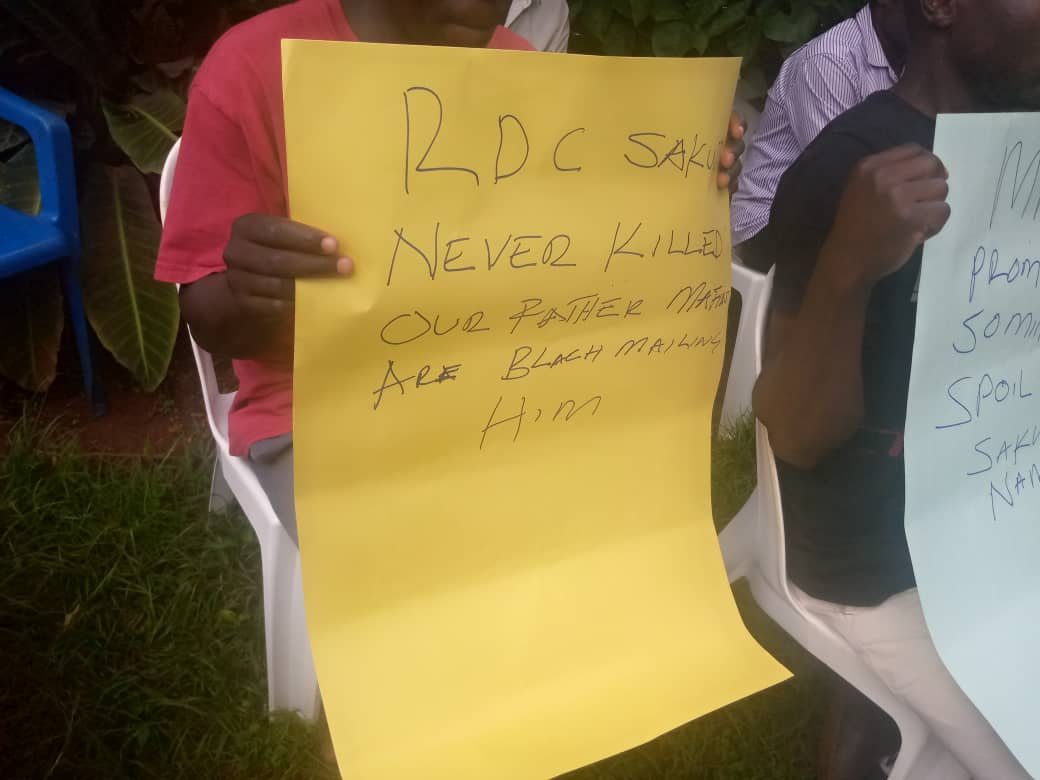 Mzee Patrick Tidomu, the late Isanga’s brother accused politicians of intrigue and taking advantage of Isanga’s death to fight their political wars. He said the politicians went as far as even forcing them (family) to offer false witness.

The family has apologized to the office of the president and RDC of Jinja and finally resolved to meet Sakwa for reconciliation. 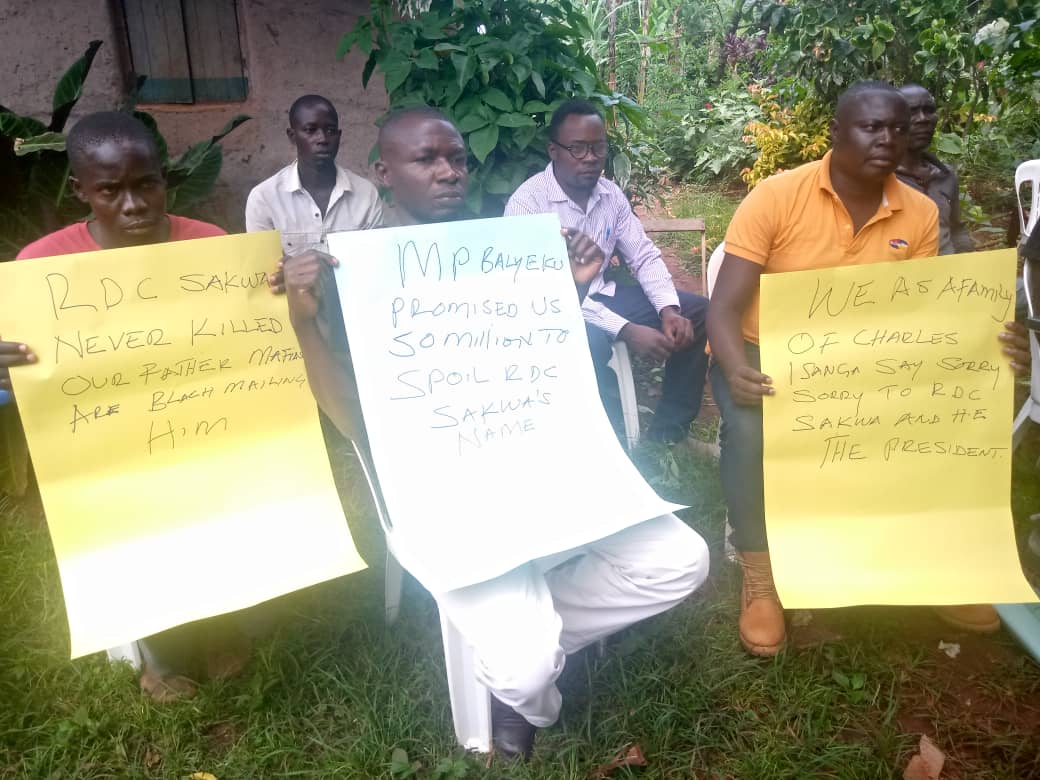 Eagle online has established that the family press conference took place when the embattled RDC is not in the district. Our efforts to speak to him hit a snug because his known contacts could not go through.

In his last media interview, Sakwa said this Monday the reason for his arrest, arraignment in court and later interdiction was his overzealousness to implement the presidential directives on the fight against COVID-19 pandemic and his spirited fight against corruption and land grabbing by prominent politicians.

Sakwa recalled that last month he closed down Bax Bar belonging to Balyeku which was flaunting the directives of the president and the moment he closed it, the legislator vowed to see him out of office. 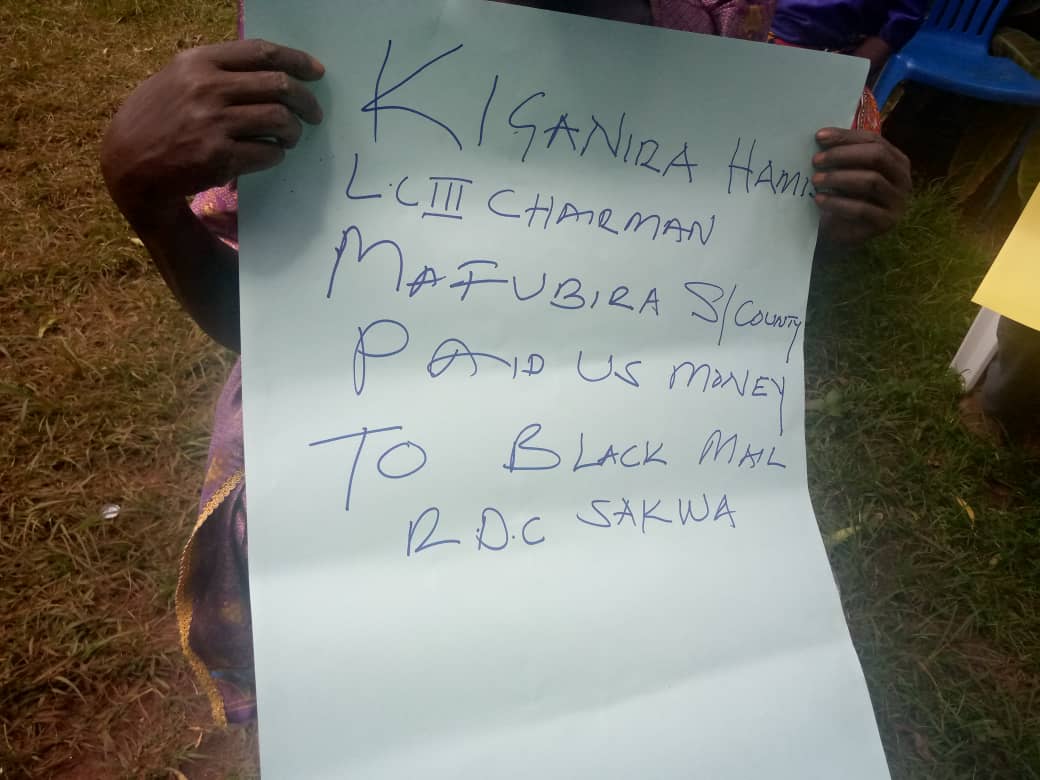 He says that since that incident, he never had peace at work with Balyeku and others setting several traps for him.

“The same politicians have stolen all the sub country land. They have ganged up to see that I am out of Jinja because of my personal zeal to fight corruption.

Sakwa says that when he was interdicted last week, politicians incited people to abandon the president’s directives and this has created an opening for disobedience, which is putting many lives at risk in Jinja.

We have also established that when Sakwa was arrested, some politicians had a party at some bar in Jinja town.

Although Balyeku has repeatedly the claims, some journalist told this writer on condition of anonymity that the MP’s allies were bribing reporters to publish stories portraying Sakwa as a bad man and the one who commanded the men who beat up Isanga leading to his death.

Last month, Sakwa was arrested and charged will manslaughter and using an iron hand while implementing the presidential directives on containing the COVID-19 pandemic.