Prime Minister Ruhakana Rugunda has announced that he will go into self-isolation after some of his contacts tested positive for Covid-19.

Mr Rugunda, however,has not tested positive for the virus.

In a tweet on his Twitter handle,Mr Rugunda announced that:”Friends,I have gone into self-isolation after some of my contacts tested positive for Covid-19.My own test is negative. However,I have taken this decision as a health-recommend measure.” 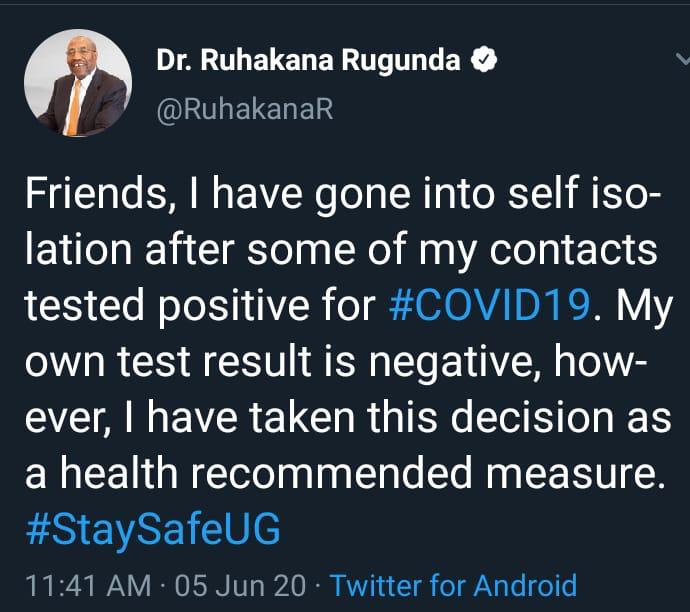 Premier Rugunda’s decision to go into self-isolation comes after the government announced that all Cabinet Ministers will undergo compulsory testing beginning next week.