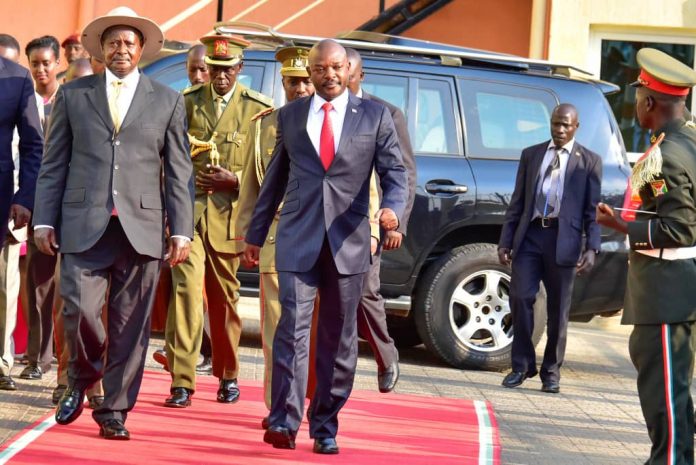 President Museveni has sent condolences to the people of Burundi upon the death of President Pierre Nkuruzinza.

The Burundi government announced on Monday that President Nkuruzinza had passed on .

In a tweet posted on his Twitter handle, President Museveni wrote that:”My condolences to the people of Burundi, on the demise of H.E President Pierre Nkurunziza who died earlier in the week.”

Mr Nkuruzinza was due to hand over power in August, having led the small country since 2005.

The Speaker of the National Assembly will take over the presidency,in acting capacity.