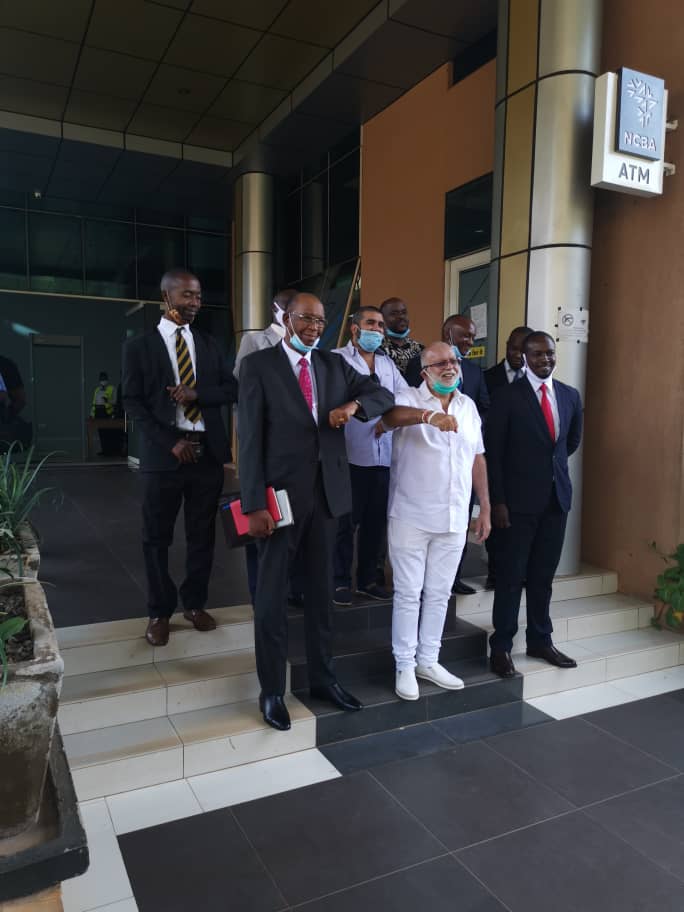 Court of Appeal has thrown out a case brought against city tycoon Sudhir Ruparelia and ordered Bank of Uganda to foot all the cost.

Bank of Uganda/Crane Bank in receivership (BoU) sued him and his Meera Investments Limited.

BoU appealed against the earlier ruling by Commercial Court, Justice David Wangutusi, who dismissed the case, agreeing with the submissions of Sudhir’s lawyers and ordered that BoU pays costs of the “The person (petitioner) should pay cost and that is non other than Bank of Uganda because Margret Kasule filed on behalf of Bank of Uganda. They knew Crane Bank was in receivership as it wasn’t in existence but they went ahead to sue it” read the judgement.

Mr Joseph Matsiko, one of Mr Ruparelia’s lawyers, argued that on October 20, 2016, Bank of Uganda (BoU) took over the management of Crane Bank pursuant to Sections 87 (3) and 88 (1) a & (b) of the Financial Institutions Act and that on January 20, 2018, BoU placed it under receivership. “The suit was filed on the 30th day of June 2017 when Crane Bank Ltd was in receivership. The issue, therefore, is whether a suit can be filed by a financial institution in receivership,” Mr Matsiko submitted.

He further argued that the Supreme Court has since ruled in a similar case that it would be wrong for any court to confer the right to sue when Parliament did not find it necessary to do so.
Mr Ruparelia, in an affidavit, also contended that under Uganda’s Constitution and the Land Act, Crane Bank in receivership could not own or hold freehold property and was, therefore, not capable of holding the suit property in its names.
But Dr Joseph Byamugisha, who represented Crane Bank in receivership, had argued that when a financial institution is placed under receivership, it does not lose powers to commence or continue with lawsuits.

Sudhir was happy with the ruling saying that what the judged ruled on what was not new since parliaments’ committee on Commissions State Authorities and State Enterprises (COSASE) had faulted BoU on giving CBL freely to its rival DFCU Bank and has been making huge profits as a result of the acquisition.

As a recap, on June 30, 2017, BoU filed a suit against Sudhir and his Meera Investments Limited, which the businessman says was in breach of clause 12 of the Confidential Settlement and Release Agreement (CSRA) that was reached by both parties after BoU closed and liquidated CBL for allegedly being undercapitalized.

The clause stipulates that, “Without prejudice to the immediate forging should any legal or administrative proceeding of any kind ensue against SR [Sudhir Ruparelia] as defined in the agreement, the agreement stands voided and BoU shall immediately return to SR the value of the settlement.”

In a counter claim, Sudhir wants BoU to pay him US$8 million (about Shs28.8 billion) for breach contract. Sudhir argues that on January 25, 2017, BoU sold, at an undisclosed sum, assets of Crane Bank to Dfcu bank Limited yet by mid-January 2017, the central bank had approached and urged him to settle the dispute.

The businessman, who runs Ruparelia Group of companies, says that between January 29 and March 20, the parties held a series of meetings meant to amicably resolve the dispute. He adds that under clause 3.1 of the CSRA, they agreed that he pays US$60 million in part cash and property.

In return for the above payments, Sudhir says they agreed that BoU would assign a number of loans totaling to Shs63.6 billion to him, release all securities of those loans, and remove Crane bank from receivership.

On April 4, 2017, Sudhir says that David Mpanga, one of BoU’s lawyers, wrote on behalf of himself and MMAKS, the other BoU lawyers, setting out the implementation timeline of the CSRA, clearly spelling out what each party was required to do in the said agreement.

In the letter, Mpanga said Sudhir was to provide the property list with an aggregate fair market value of US$42 million and that BoU would avail the assigned deed and loan statements to Sudhir with respect to the agreed loan. 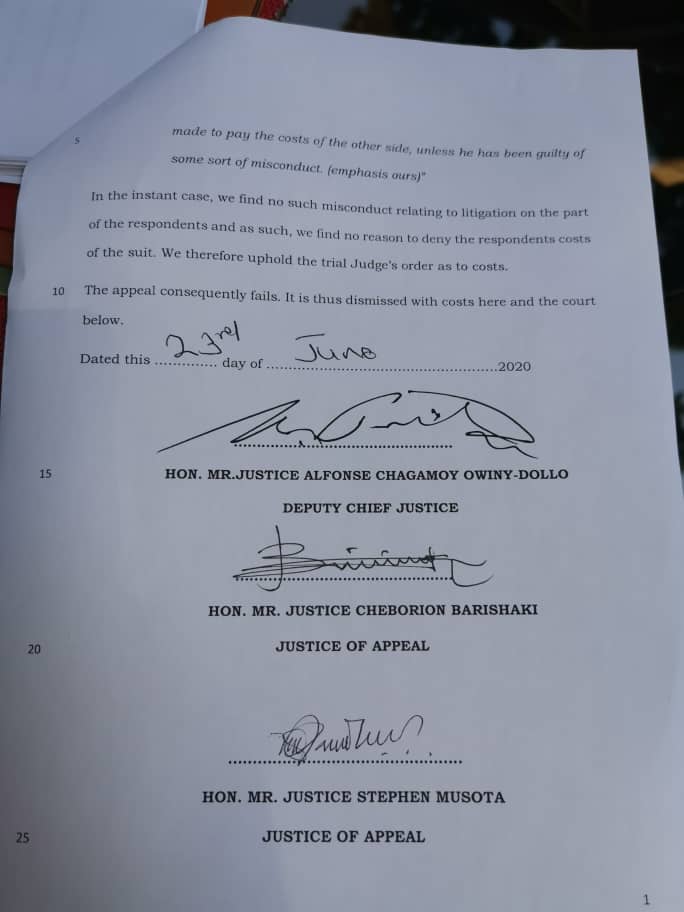 That upon receiving the first installments, Mpanga wrote that BoU would release securities of loans worth about US$8million on the account of Sunbury Investments (U) Ltd and Main Freight ICD Limited. That upon receipt of the balance of US$10 million, Mpanga wrote that BoU would release the securities of the remaining portion of the agreed loans.
Sudhir claims he went ahead to implement the agreement by giving up his properties to BoU, which included titles for land found in FRV 130 folio 18 plot M418 Nakawa Industrial Area and LRV 1239 folio 2 plot 7 Parliamentary avenue Kampala.

On April 19, 2017, Sudhir claims, BoU acknowledged receipt of US$1.1 million as payment towards the agreed loans and informed him that his deficit on the first installment of US$8 million was $6.9m, which they demanded he must pay that very day.

On April 20, 2017, Sudhir says he paid BoU $6.9 million. That meant he paid a total of US$8 million on the same day. Despite paying the said money, he said, BoU never released securities of loans representing a total value of approximately $8m on the account of Sunbury Investments, Main Freight and also the central bank did not return his land titles.

That, Sudhir says, was a total breach of the CSRA. In compliance with the agreement, Sudhir says, he had supplied a list of titles, 10 of which were in the names of Mahmoud Bharwani, who had agreed to surrender his titles to settle his indebtedness to Crane bank.

Earlier on April 7, 2017, he said he arranged a meeting between Mpanga and Bharwani after BoU raised a number of issues in regard to Bharwani’s land titles and that it’s Mpanga who wrote the minutes.

He said he put an additional eight titles to the property list to give BoU comfort. Nevertheless, Sudhir says, BoU in further breach of the CSRA implementation agreement and the Bharwani meeting, backtracked on the joint valuation.

As if that was not enough, Sudhir says that BoU threatened criminal prosecution if he did not agree with their demands, which were not in accordance with the CSRA.

On June 28, 2017, he says, Mpanga sent him an email with a notice to sue, demanding that by close of business on June 29, he unequivocally undertakes in writing to pay the balance of $52 million and that the payment must be made in cash by July 15.

He said that on June 30, BoU filed a suit against him in court, which was in breach of clause seven of the CSRA.

BoU sold some of CBL’s assets to its rival Dfcu Bank at Shs200 billion in January 2017. Dfcu bank would in first half of 2017 earn Shs114 billion in net profit, with a great percentage of the profits attributed to the acquisition of Crane Bank Limited.

During COSASE probe of BoU between late October 2018 and Late Feb 2019, its officials would disagree on how much CBL was undercapitalized. But Ben Sekabira, the then Director of banking , told MPs on COSASE that CBL at the time of its closure only needed Shs150 billion to remain operating, much as BoU claimed to have injected Shs478 billion in CBL as liquidity support while it was under receivership. During COSASE probe BoU officials failed to account for Shs478 billion.

In the preliminary suits of the main case, Sudhir succeeded in ensuring that conflicted lawyers of MMKAS Advocates, David Mpanga of AF Mpanga-Bowmans and Sebalu & Lule Advocates were barred from representing BoU and any party in cases involving Ruparelia Group, having worked for the company.