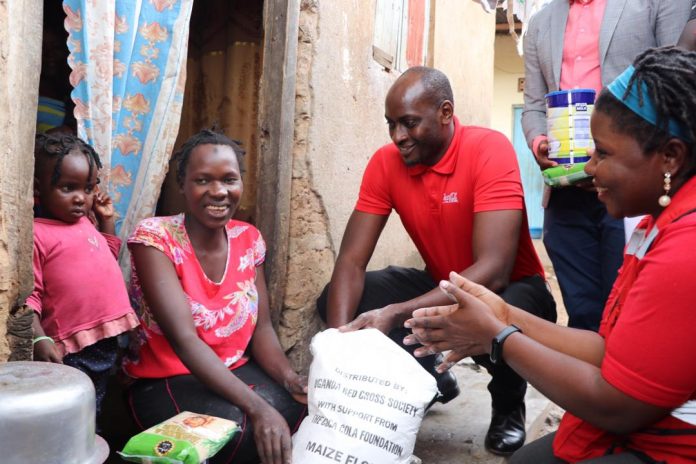 Coca-Cola in Africa and its bottling partners and Coca-Cola Foundation (TCCF), have committed $17million to support the continent through the various phases of the COVID-19 pandemic

The company has been deploying a range of resources, including capabilities, funds and products to support governments, communities and local economies in their urgent efforts to contain the spread and impact of the Coronavirus since its outbreak on the continent.

The Coca-Cola System committed $13million to support the continent through the various phases of the COVID-19 pandemic. In addition, The Coca-Cola Foundation (TCCF) has granted just under $4 million to international and local NGOs, such as the International Federation of the Red Cross and Red Crescent Societies (IFRC) and Amref Health to procure and distribute personal protective equipment (PPEs) and other critical needs for frontline workers and to help fund ICU-enabled ambulances for example in Mauritius and Madagascar.

“We have worked with Coca-Cola to respond to emergencies in Bududa and Bundibugyo when the floods swept communities and claimed lives late last year. Coca-Cola came in very quickly and provided lifesaving interventions. When Uganda was threatened by the #COVID-19 Pandemic, Coca-Cola came in very fast to offer lifeline support to the Ministry of Health and Uganda Red Cross to offer infection prevention and control materials, but also food to the most vulnerable affected by the lock down in the country. This is a true demonstration of a humanitarian spirit that drives their work and love for communities they serve,” said Robert Kwesiga, Uganda Red Cross Society Secretary General.

The Coca-Cola system also donated to National Solidarity Funds in South Africa, Morocco and Djibouti and additional funds were allocated to boost awareness and mobilization to help stem infections in vulnerable communities across several countries.

In addition to suspending all commercial advertising of its brands and deploying its marketing and trade assets, including social media channels, product labels and point-of-sale materials, to amplify COVID-19 messaging, the Coca-Cola System is providing funding and other forms of support to help bolster the micro, small and medium enterprises in the retail, hospitality and recycling sectors, who have been among the hardest hit businesses across countries. Coca-Cola Company is also working with some NGOs and social enterprises, including Givefood.ng in Nigeria, Gift of the Givers in South Africa and National Disaster Management agencies to provide food parcels for vulnerable families whose livelihood has been disrupted by the lockdown and other restrictions.

Coca-Cola’s bottling partners on the continent, on their part, are making significant contributions to the fight against the pandemic through a variety of interventions, including lending their distribution capability to help deliver medical supplies, food parcels, 3-D printed face masks and other PPE as well as donating cash, beverage products and food items. In response to the critical need for the hand sanitizer, Coca-Cola Beverages Africa in Uganda and Ethiopia, Bralima in DRC, Les Brasseries du Congo in Congo, and Nigerian Bottling Company in Nigeria have deployed their technical expertise and facilities to produce over 30,000 litres of alcoholic sanitizer in line with World Health Organization (WHO) standard which were distributed to governments and vulnerable communities free of charge.

“Our deepest sympathies go out to all those impacted by this virus and their families. We are leveraging on the experience and capabilities the Coca-Cola System has built in over 90 years of serving consumers and making a difference across Africa, in the planning and deployment of our resources to effectively support governments in the efforts to contain the spread, support vulnerable communities and get local economies back up and running,” explains Bruno Pietracci, President of Africa & Middle East for The Coca-Cola Company.

“Our philosophy is ‘People First’. We believe a business is as strong as the community it operates in that’s why we put the safety of our people first at all times – our employees, their families, our customers and the community. These are challenging times for everybody but if we are not together we cannot thrive or survive. This is a guiding principle in all our operations worldwide,” Melkamu Abebe, the General Manager CCBA Uganda said.

In some countries such as in Eswatini, Ethiopia, Uganda and Zimbabwe, Coca-Cola in Africa provided its marketing expertise either directly or through its partnership with Project Last Mile, to support Ministries of Health simplify and amplify health and safety messages. Additionally, in Egypt, Coca-Cola decorated its bottles with messages of gratitude and appreciation to every doctor in the country’s “white army”.

The Coca-Cola system has leveraged its years of experience in water access, sanitation and hygiene through the Replenish Africa Initiative (RAIN) to develop unique emergency handwashing stations (some foot operated, some using jerrycans), which are now set up in high traffic areas, border points and in vulnerable communities.

“The Coca-Cola system has been through many global crises during our 134 year’s history. Making a positive difference during times of crisis is in our DNA. We are in this together with our communities. Going forward, supporting micro and small businesses who are the fabric of our communities and the backbone to Africa’s resilience, will be a key priority for us,” added Pietracci.