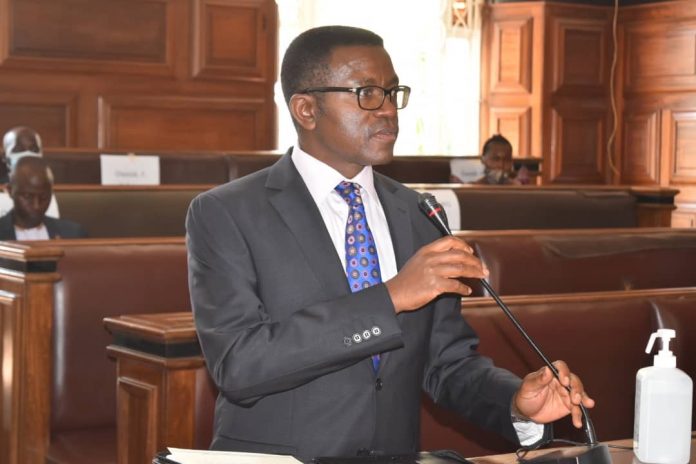 Katikkiro Charles Peter Mayiga has told the  Electoral Commission  to consult with all stakeholders in the electoral process  and come up with a harmonised position on how the 2021 general elections will be conducted.
The  Katikkiro  made the remarks during the presentation of Shs 109 billion 2020/21 budget of Buganda kingdom at Mengo.
Earlier this month, the chairperson of the electoral commission, Justice Simon Byabakama, announced that the 2021 elections will be held digitally in a bid to curb the spread of the deadly Covid-19 pandemic.
Byabakama said there will be no mass rallies instead the campaigns will be conducted through the media and thereafter people will go to cast their votes.
“Meet with both the opposition and government bigwigs. Uganda did not come from heaven; we have history to reflect on. Baganda, people of Acholi and others, they all have history,” he said, adding that the electoral commission should reflect on the country’s turbulent political history for peace to prevail.
There are concerns that the  it will be expensive for  candidates especially those with low income to afford digital campaign because they will have to buy airtime and space in the media.
According to the roadmap, political parties will have to elect their flag bearers between 22nd of June 21st of July 2020. The nomination of those who want to stand for parliament will take place from 12th to 13th of October.
The deadline for resignation of public servants intending to contest for elective positions is set for 12th July 2020 and the polling period for all general elections will be from 10th Jan to 8th February. The exact polling date will be announced after nominations