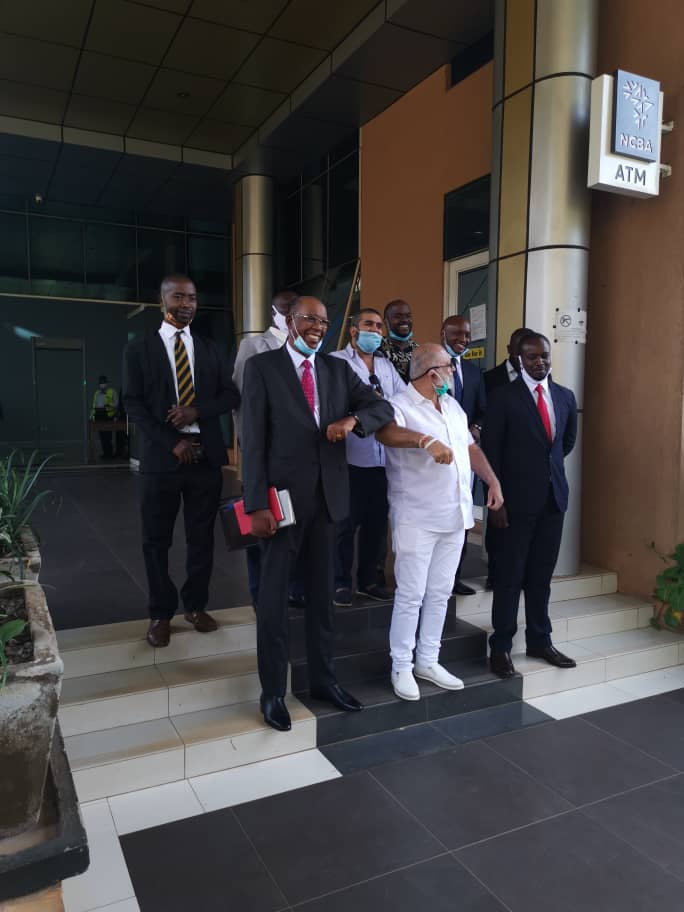 Kampala Associated Advocates (KAA), one of Kampala’s top law firms representing property mogul, Dr Sudhir Ruparelia, has strongly come out to deny the claims raised by Bank of Uganda (BoU), following a victorious decision rendered by the Court of Appeal in favour of the businessman recently.

To that effect, KAA has appealed to the central bank to appeal to the final court in the land (Supreme Court) if it’s aggrieved rather than resorting to taking its bitterness to the media and criticizing the courts of law.

About a fortnight ago, the Court of Appeal in a unanimous verdict, dismissed the Shs397b appeal by BoU that it had filed against Dr Ruparelia.

The three justices led by Acting Chief Justice Alfonse Owiny Dollo, were in agreement with the Commercial Court that once Crank Bank went into recievership, it lost it’s capacity under the Financial Institutions Act, to sue the property mogul because it had become a non-existent entity.

“Bank of Uganda should not be allowed to disrespect the courts when it is the one that went to the courts to seek redress in the first place. If they are unhappy with the decision of the court, the legal remedy is to file an appeal and not to criticise the court in the press,” Dr Ruparelia’s lawyers wrote in their July 2 rebutal letter.

Putting the record straight on this claim, the lawyers state that all shareholders of Crane Bank were vetted and approved by the same central bank in accordance with the Financial Institutions Act.

KAA further punched holes in the allegations raised by BoU that money was extracted from Crane Bank.

“Crane Bank was subjected to numerous annual, quarterly and special audits and all it’s financial statements were approved every year by the Bank of Uganda without reservation of any kind,” KAA puts the record straight.

The other allegation raised by Bank of Uganda in its press statement was that tax payers’ money was used to settle Crane Bank depositors .
However, KAA has hit back by clarifying that the same allegation was not part of the issues that were determined by the two courts and that it is an allegation disguised to away public opinion.

In the aftermath of losing the second case against the businessman, the central bank released a press statement vowing to appeal to the Supreme Court.

It argues that both the High Court and the Court of Appeal are wrong to hold that when Crane Bank went into recievership, it lost it’s capacity to “sue” and “to be sued”

“Bank of Uganda maintains that recievership does not take away the corporate personality of a company which includes the right to sue for these assets. For the these reasons, BoU as the reciever of Crane Bank is dissatisfied with the rulings of both the High Court and the Court of Appeal and has taken a decision to appeal to the Supreme Court in addition to pursuit of other legal recovery options,” Prof. Emmanuel Tumusiime Mutebile, the governor BoU wrote in June 30.

He continued: “BoU wishes to reassure the public that it is committed to pursuing this matter to it’s logical conclusion.”
Prof. Mutebile further wrote and invited the public to note that neither the High Court nor the Court of Appeal has not yet considered or taken a decision on the claims for wrongful and illegal extraction of funds from then Crane Bank as claimed in the main suit that was filed in Commercial Court in 2017.