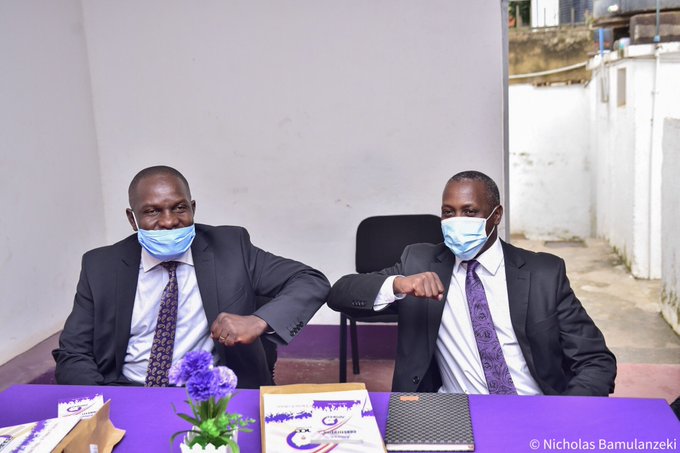 The two were unveiled by the principal and presidential aspirant, Gen Mugisha Muntu. Muntu Launched ANT 13 months after he embarked on leaving the Forum for Democratic Change (FDC) Party following intraparty misunderstandings.

Speaking at Party offices on Buganda road, Mwiru, who formally a deputy spokesperson of FDC and one of the lawyers who corresponded legal team of the party said “Today I want to inform the nation that I will play my politics in this newly found political party because there is need to see the country getting on the right track in terms of health, education and other sectors.”

“I have joined this Party by choice and will because I know the task ahead of us. We need an organised group and that is why I join the Alliance. What defines me as a person is that what I say is what I do.” He said

“We have come because of how the party intends to conduct its activities. ANT puts Uganda first. We have come to lay a brick on the processes which will lead to the transformation of this country. The responsibility to a better Uganda begins with us”

Karuhanga said “if there is any historical moment I have anxiously waited in my life then it is joining this Party-a Party whose foundation constitutes the core values that our nation needs.”

He said if it wasn’t for laws, he should have joined this Party right from the launch. “I know the challenges ahead but am very sure that the team I have joined will put People First.”

“ It gives me great joy that I am finally joining a party that believes and practices the values I cherish: honesty, integrity, transparency, zero tolerance to corruption, equity, justice.” He said