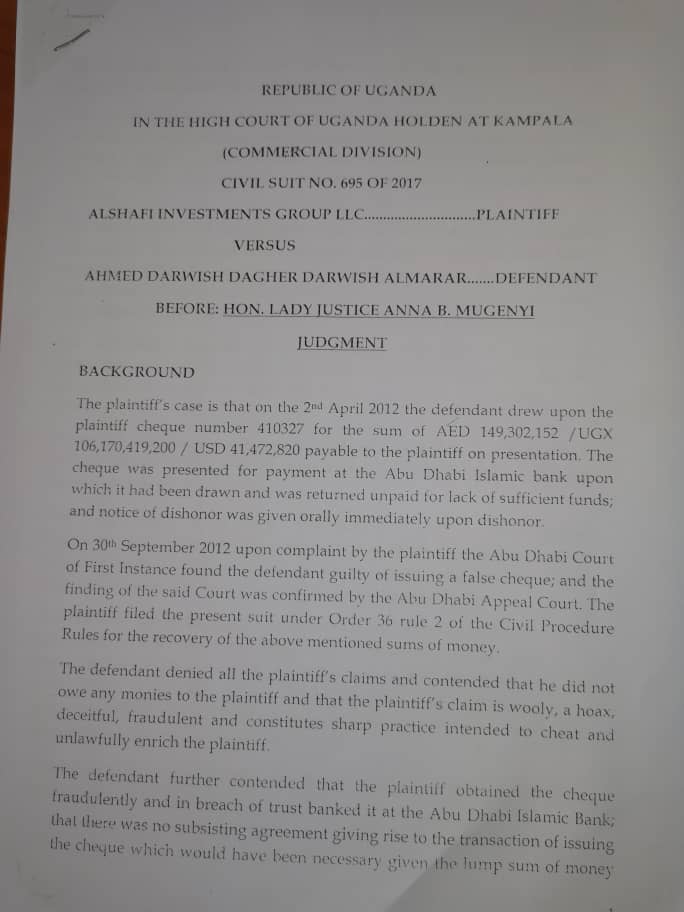 Troubled city businessman Abu Mukasa was left with egg on his face after he was outsmarted by investors from Alshafi Investments Group after the fall out.

Alshafi Investment used Abu Mukasa as a legal conduit to purchase huge chunks of land for investment in Uganda.Under the Land Act, 1998, foreigners are only allowed to acquire a lease not exceeding 99 years but cannot hold or acquire mailo or freehold land.

The troubles for city businessman are deeper than previously thought after it emerged that him and others are a subject of a high profile investigation Uganda Revenue Authority (URA) on charges of tax avoidance.

The allegations are that after the fall-out, one of the investors informed URA the capital gains tax that businessman Mukasa is allegedly being investigated after it was discovered he did not pay Capital Gains Tax(CGT( running into billions of shillings when he sold a 53% stake of Hits Telecom to Orange Telecom in 2009. However, we couldn’t verify these claims.

Capital Gains Tax is a tax on capital gains incurred by individuals and corporations from the sale of certain types of assets like stocks and shares.
By selling the 53%, the External Security Organisation (ESO) operative-turned-businessman automatically became a top shareholder in Orange Telecom.

Church of Uganda to hold first ever Archbishop’s Leadership Summit