For the millions of Ugandans who live in Eastern Uganda, travelling on the 103Kms stretch Iganga–Tirinyi–Kamonkoli–Mbale Road had always been a nightmare until 2015 when Dott Services commenced works on rehabilitating the critical road.

Before Dott Services entered the fray in 2015, the 103Kms stretch that is popularly known as Mbale-Tirinyi road, was narrow, pot-holed, and bumpy as the tarmac that had last been upgraded to a class II bitumen in the late 90s wore, turning the road into a hot spot for bad accidents.

“Over time, with no major rehabilitation works, the road was overwhelmed by sinkholes, surface erosion and vandalism; leaving it as a shadow of the beautiful road that was, the pride of Eastern Uganda” Eng. James Olonya said. Eng. Olonya has worked with Dott Services for the last 25 years. 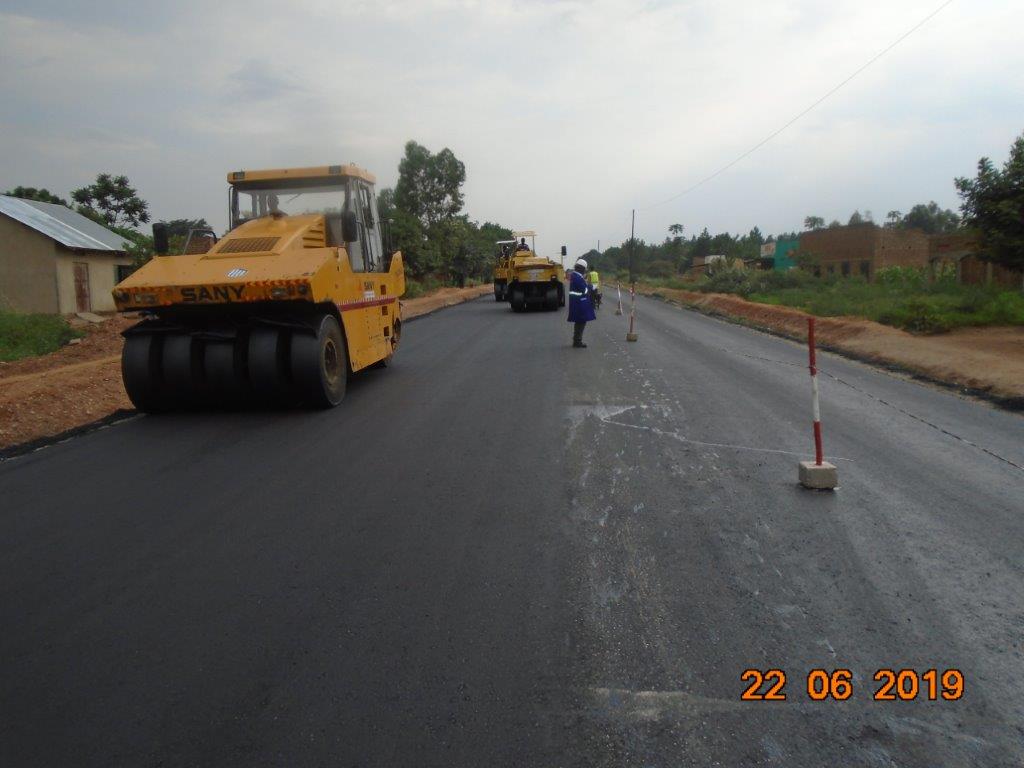 However, in 2015, all that changed when the government contracted Dott Services to rehabilitate the road and turn it into the main artery connecting Eastern Uganda to other parts of the country.

Dott Services is a regional road construction giant that was incorporated in 1994.

Dott Services has now completed over 90 per cent of the works on the road, and though completion was initially penciled for April 2020, it was extended by UNRA for a further three months after heavy rains raised the water levels on the many rivers that the road crisscrosses. 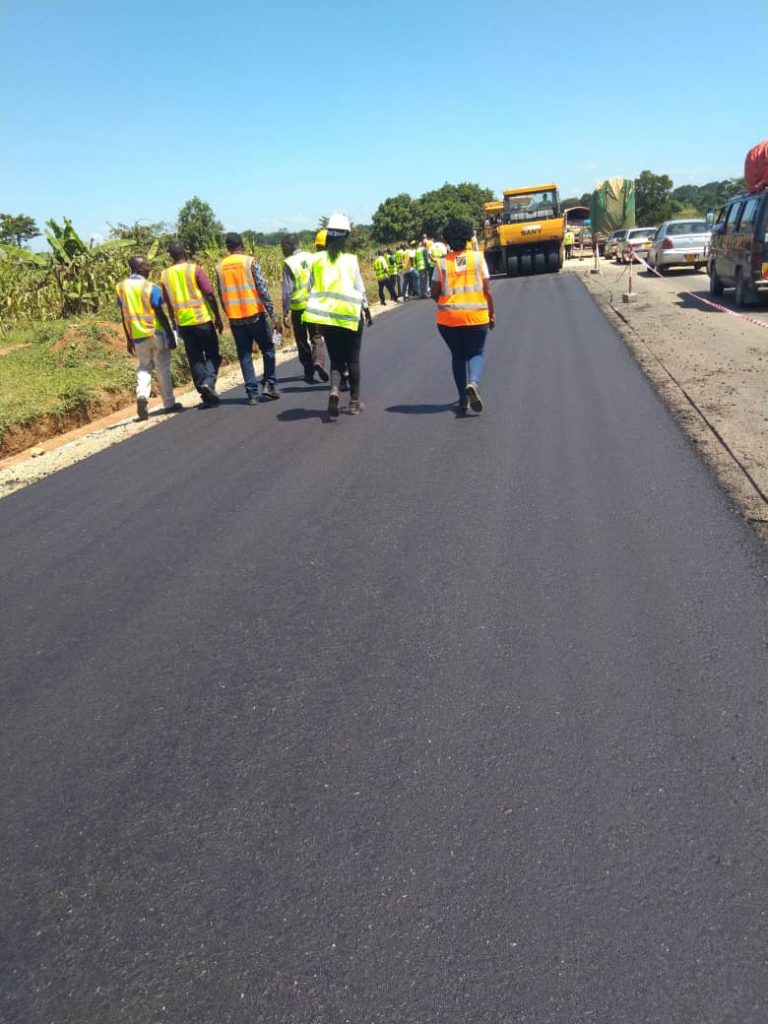 When the road that is known as the “Great North Road” is complete, it will boost trade, agriculture and other economic activities in the Eastern Region.

During a media tour of the road, Eng. Olonya, the Dott Services Contracts Manager, lauded Uganda National Roads Authority (UNRA) for diligently playing a supervisory role during the construction processes.

“Tirinyi road cost was Shs135 billion and fully funded by the government of Uganda. We can’t do something that will damage our image” said at Tirinyi trading centre while showing the parking lanes that have been carved out for customers who stop at the busy centre to purchase groceries. 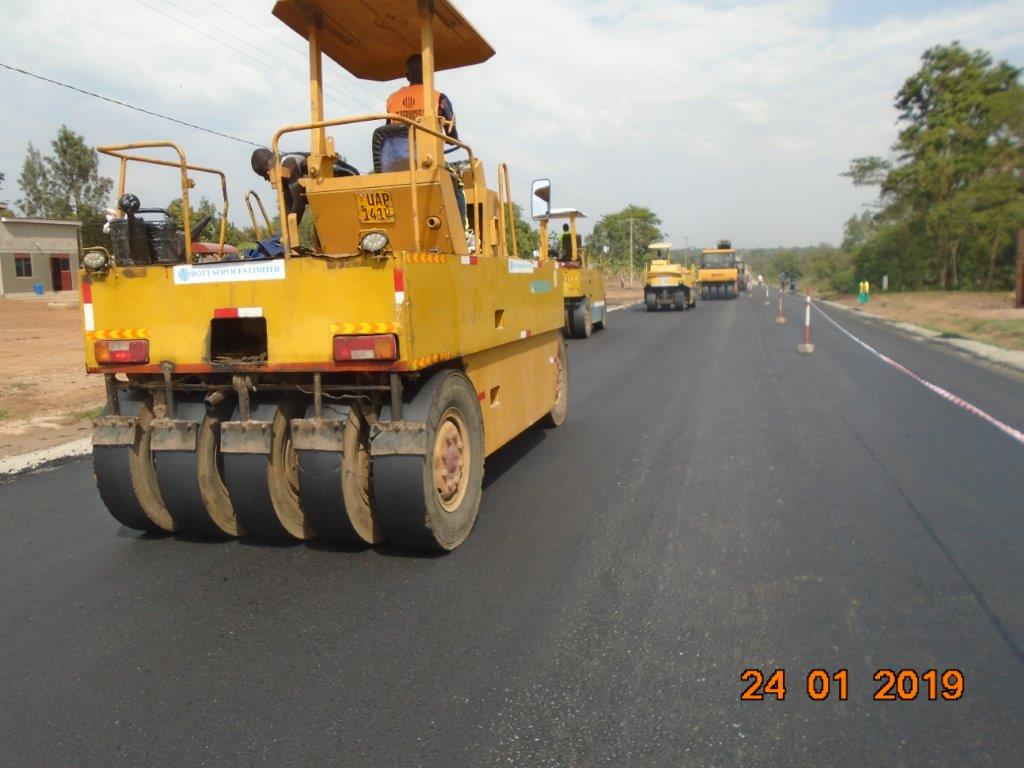 Traders interviewed during the media tour lauded Dott Services, expressing gratitude for the expeditious construction works, revealing that their sales have taken a turn for the better as more travelers have the luxury to stop and buy different foodstuffs.

Jane Nafuna, a fruit vendor at Kamonkoli Market, was happy with Dott Services, saying with the construction of the raod, access to and from markets to transport fruit merchandise will be easier.

“During the rainy season, I would struggle to go to the market. I am happy with the speed at which Dott Services is building this road. Our lives will change forever,”Ms Nafuna said.

Mr. Peter Wafula, a resident of Naboa Trading Centre in Budaka District, hailed Dott Services for the work done, saying that when the road is completed, it will contribute to the socio-economic transformation of communities in Eastern Uganda.

“This road will help in the fight against household poverty in the communities along the road. The small businesses that will be spurred by this road are the source of livelihoods for many communities, “Mr Wafula said. 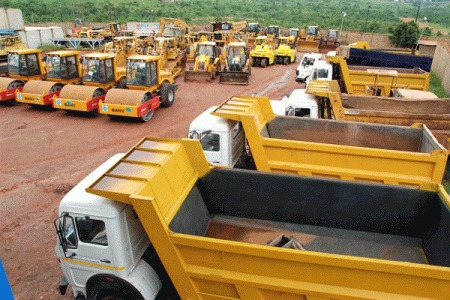 Dott Services is also confident that the road will withstand the impact of heavy vehicles, which usually damage roads by producing potholes, ruts and cracks

The road is complete with water inundation points from surrounding fields to avoid water undermining the road base.

The road starts at Nakalama, a suburb of Iganga, on the Jinja–Tororo Highway, approximately 44 and proceeds in a north-easterly direction, through Namutumba, Tirinyi and Kamonkoli before ending at Mbale, a total distance of about 101 kilometers.