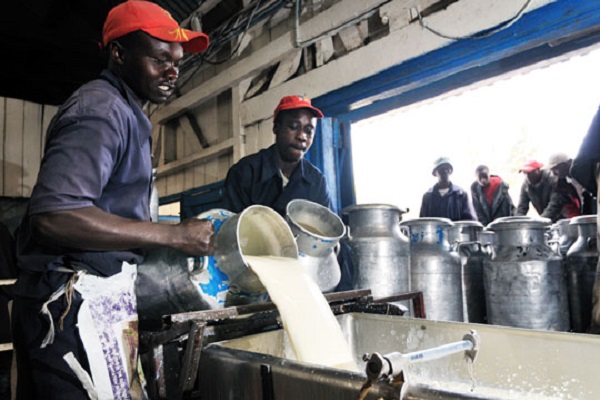 The Speaker of Parliament Rebecca Kadaga has revealed that the producers of milk and its products are concerned about the continued imposition of non-tariff barriers which they say affects trade in the region.

Kadaga said the producers of Lato Milk have sought the intervention of Parliament to facilitate trade between Kenya and Uganda.

“They told me that since January 2020, the Kenya Dairy Board has declined to issue permits to exporters of milk products from Uganda yet the country is the biggest exporter of milk in Africa,” Kadaga said.

She added that the blockage of the export of milk had a multiplier effect on farmers, the staff working in the industry and packaging industries that serve milk producers.

“Their complaint among others was that before they came to invest here, our heads of state had marketed East Africa as one market of 129 million people. But some members of the EAC are breaching protocols by introducing non-tariff barriers,” Kadaga added.

The milk manufacturers also raised concerns that milk products from Kenya were allowed into Uganda yet Ugandan products had been barred from accessing the Kenyan market.

They added that Tanzania had also barred Ugandan milk products.

In the meeting with the Speaker on Monday, 27 July 2020, the milk producers called on East African Council of Ministers to address the issue urgently.

“I hope our Ministers will rise to the occasion and take on up this issue. It is our responsibility to support our producers, farmers, markets and our employment. If we open for import of goods from other markets, that should be reciprocated,” said Kadaga.