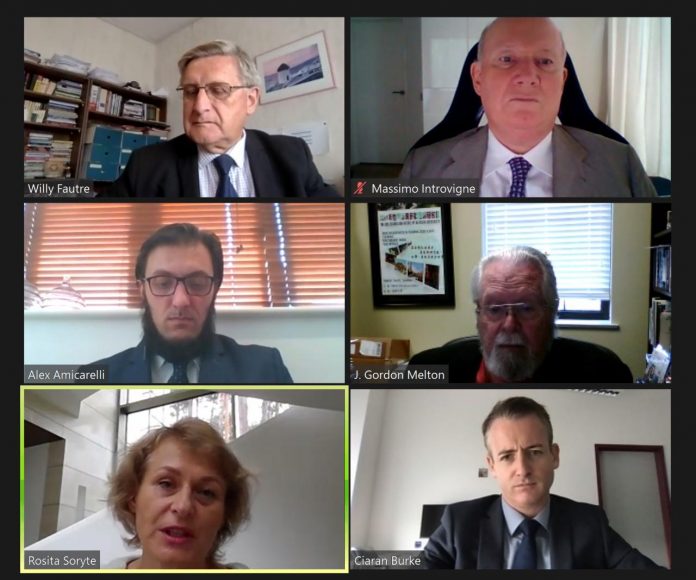 On July 20, a webinar on a new religious movement in South Korea, its political, religious, and social dimensions, and its discrimination during the COVID-19 crisis was organized by CESNUR, the Center for Studies on New Religions, and Human Rights Without Frontiers. International scholars in the fields of religion, international law, and human rights discussed the theme, “COVID-19 and Religious Freedom: Scapegoating Shincheonji in South Korea.”

The webinar addressed the history of what participants defined as an attack by politically powerful conservative and fundamentalist Protestant churches in South Korea, supported by some politicians, against a fast-growing Christian new religious movement known as “Shincheonji (New Heaven and New Earth) Church of Jesus,” founded in 1984 by Chairman Lee Man Hee. 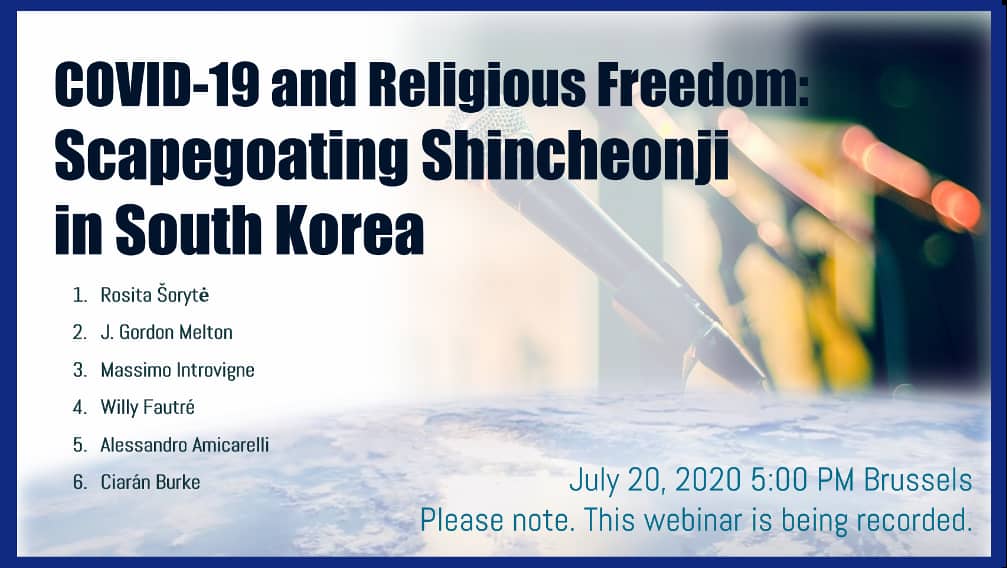 Rosita Šorytė, a former Lithuanian diplomat and author of a study of the international peace organization HWPL, also chaired by Chairman Lee, and J. Gordon Melton, distinguished professor of American Religious History at Baylor University in Waco, Texas, introduced the webinar by observing that, in times of crisis, minorities that have powerful enemies are easily scapegoated. “Cult,” Melton observed, is a dubious label often used by majorities to discriminate against minorities they do not like.

Massimo Introvigne is an Italian sociologist of religion who studied Shincheonji before and after the COVID-19 pandemic and published the first accounts of the religious group in English. He summarized the history of Shincheonji, and said that it has become a target of “persecution by fundamentalist Protestants” because of its spectacular growth. “Conservative and fundamentalist protestants see Shincheonji as an unwelcome competitor and want to destroy it”. 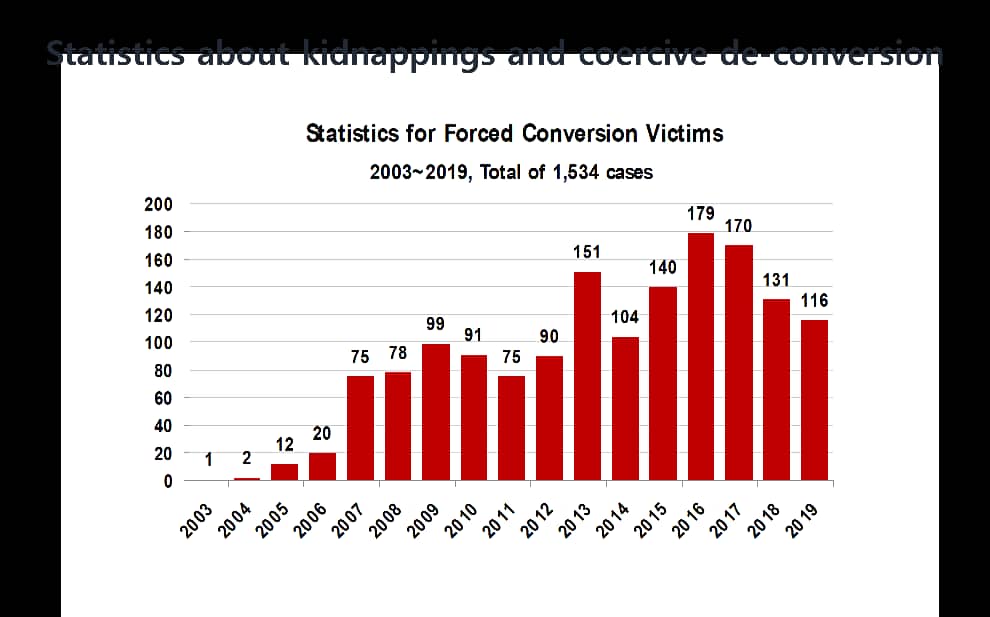 Alessandro Amicarelli, a London-based attorney and chairman of the European Federation for Freedom of Belief, pointed out that some South Korean politicians scapegoated Shincheonji as “the” cause of the COVID-19 crisis in South Korea, yet their real aim is to shut down the church to please conservative Christian voters. He examined in detail the case of Patient 31, the female member of Shincheonji in Daegu who, before being diagnosed with COVID-19, set in motion a chain of events leading to thousands of Shincheonji members being infected, and the accusations that Shincheonji did not cooperate with the health authorities. He observed that, before Patient 31, Chinese tourists had already spread the virus in Daegu, and that accusations of criminal misbehavior against Shincheonji leaders, some of them were arrested, are not sustained by the facts. In a difficult situation, they cooperated with the authorities as promptly and completely as reasonably possible.

Willy Fautré, director of Human Rights Without Frontiers (HRWF), said that the recent attack on Shincheonji can be viewed as an attempt by fundamentalist Protestant groups in South Korea to weaken and destroy a competitor in the religious market. He added that human rights violations against Shincheonji through coercive conversion programs (deprogramming), i.e. by kidnapping and confining its members to “de-convert” them, have been going on for more than a decade, and show that Shincheonji’s fundamentalist opponents have always been ready to resort to violence.

Ciarán Burke, professor of International Law at Friedrich Schiller University in Jena, Germany, said that how Shincheonji was treated, in comparison with other churches that also had cases of COVID-19, is evidence of religious discrimination forbidden by the International Covenant on Civil and Political Rights, that South Korea ratified in 1990. Because of its experience with MERS, Burke observed, South Korea has a law authorizing the government to take extraordinary measures during a pandemic. However, the case of Shincheonji shows that how its provisions are applied may create a contrast with human rights guaranteed by international law, as evidenced by the fact that the government asked the church to disclose the names of members who had no direct or indirect contacts with Patient 31 and even of members abroad.

Korean prosecutors initiated an investigation of Shincheonji leaders, including founder Lee Man Hee, for their alleged role in the spread of the COVID-19. Three national Shincheonji officials were arrested on July 8, after local leaders had been arrested in Daegu, for supplying “inaccurate lists of members and properties.” “The authorities ignored requests to change the word ‘cult’ in their official reports when referring to Shincheonji church. The fact that local governments encouraged residents to report Shincheonji congregation and facilities instilled in the population the idea that church members were to be treated as criminals,” said a Shincheonji official who offered a response to the scholars at the end of the webinar.