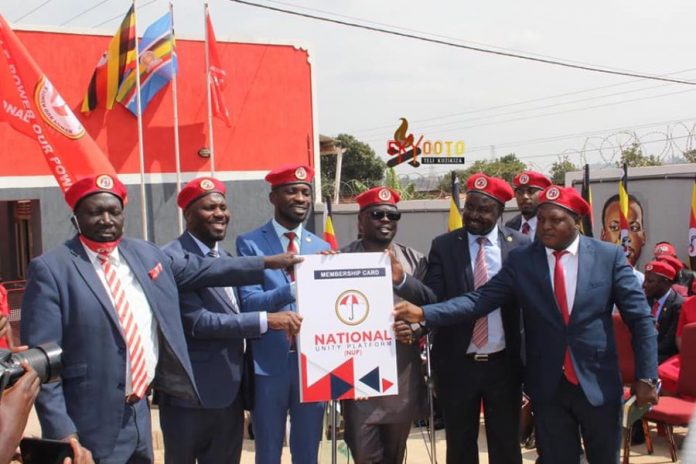 Nambeshe was a strong National Resistance Movement (NRM) member who along the way with several MP defied party decisions and voted against the removal of presidential age limit in 2017. His colleagues who include Muhamad Nsereko, Sylvia Lwabogo, Gaffa Mbwa, Tekamwa Barnabas Tinkasiimire, Theodore Ssekikubo and Wil­fred Niwagaba recently apologized for going against party decisions.

“I make my commitment to NUP and contribute to the growth of the Party. We have aggressively supported people power movement and hope that with the introduction of the Party, we shall win the next election,” he said adding that he was not forced to join the NUP Party.

Patrick Nsamba Ugandans have hope in Bobi Wine and believe in change “NUP is the biggest Party and vehicle for change. I have started experiencing political change” he said and vowed to rally people to support the newly acquired Party.

Mr. Kalwanga said they have joined the party not as opposition but as the last option to oust President Museveni out of power.

Bobi Wine called on MPs and Ugandans to embrace his party saying that they will not call them Moles instead judge them by their actions.