Attorney General William Byaruhanga is on the spot for acquiring a firearm for his partner Andrew Kasirye at a time when the joint security committee had put to halt the issuance of arms to private individuals.

According to police sources, Mr. Byaruhanga used his position as Attorney General to intimidate junior officers to have a gun licensed to  Andrew Kasirye. In 2018, security issued a halt in licensing of firearms to private individuals after allegations that the rampant murders in the country were linked to the private firearms in the hands of individuals. 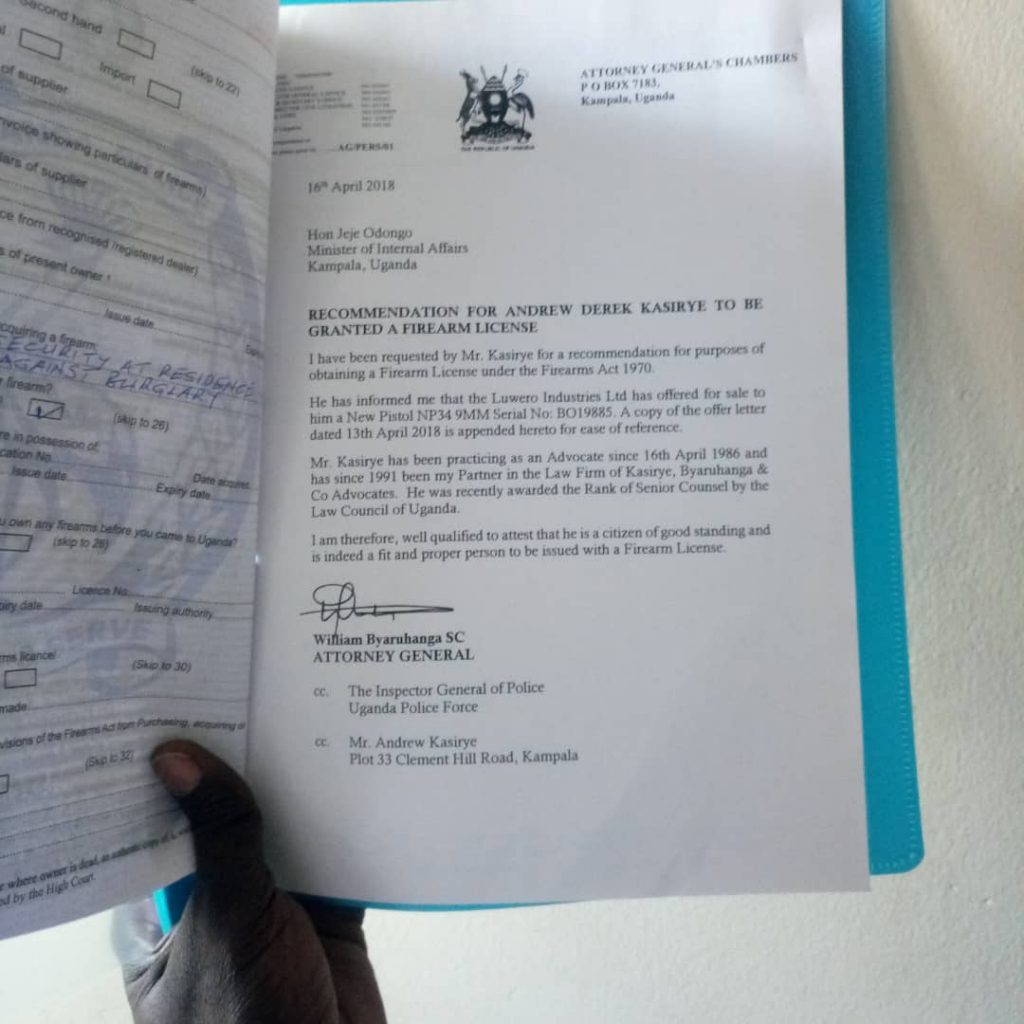 In April 2018, letter to Internal Affairs Minister Jeje Odongo titled recommendation for Andrew Kasirye to be granted a firearm license.

“I have been requested by Mr. Kasirye for a recommendation for purposes of obtaining a firearm license under the Firearms Act 1970. He has informed me that the Luwero Industries Limited has offered for sale to him a new pistol NP349MM Serial No BO19885. A copy of the letter dated April 13, 2018is appended hereto for case reference”. Mr. Byaruhanga wrote. 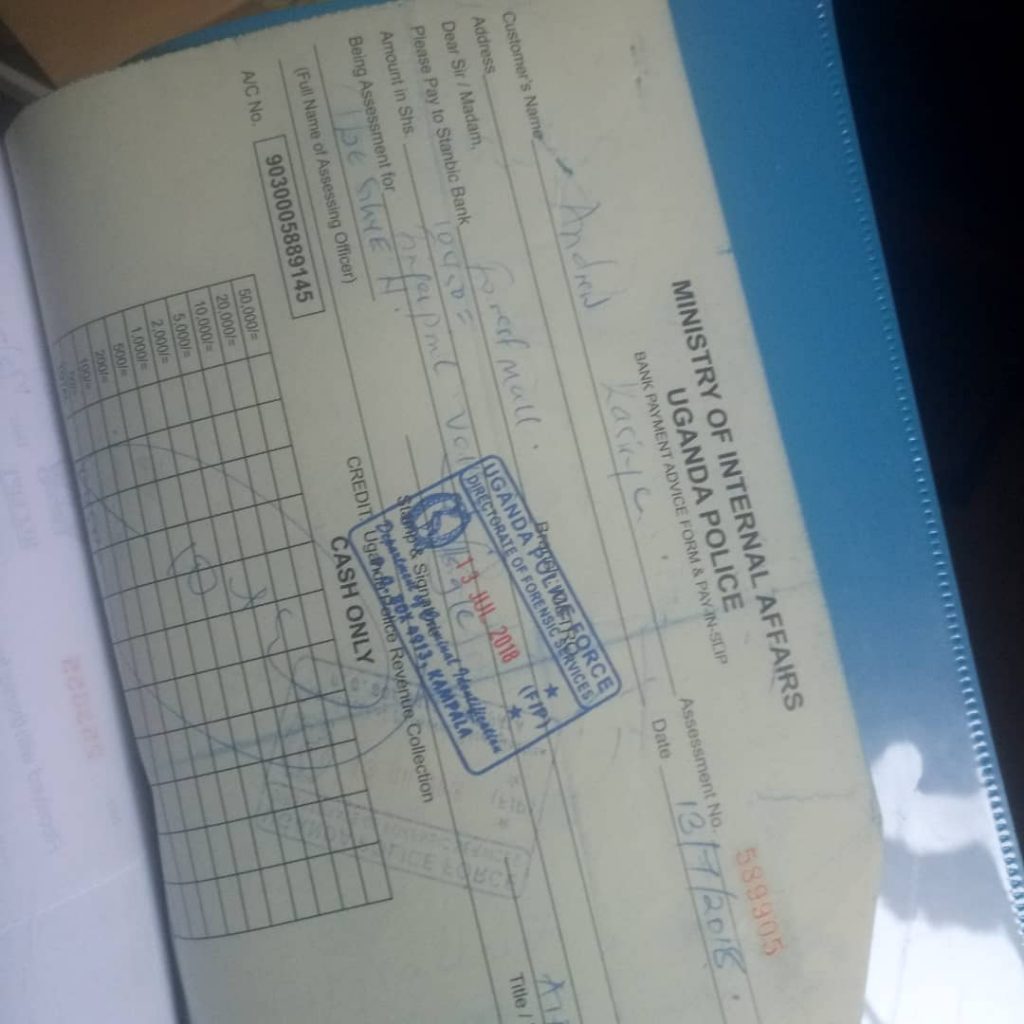 He further added “Mr Kasirye has been practicing as an Advocate since April 16, 1986 and has since 1991 been my partner in the firm of Kasirye, Byaruhanga and Company Advocates. he was recently awarded the rank of Senior Counsel by the Law Council of Uganda. I am therefore, well qualified to attest that he is a citizen of good standing and indeed a fit and proper person to be issued  with a firearm license”. 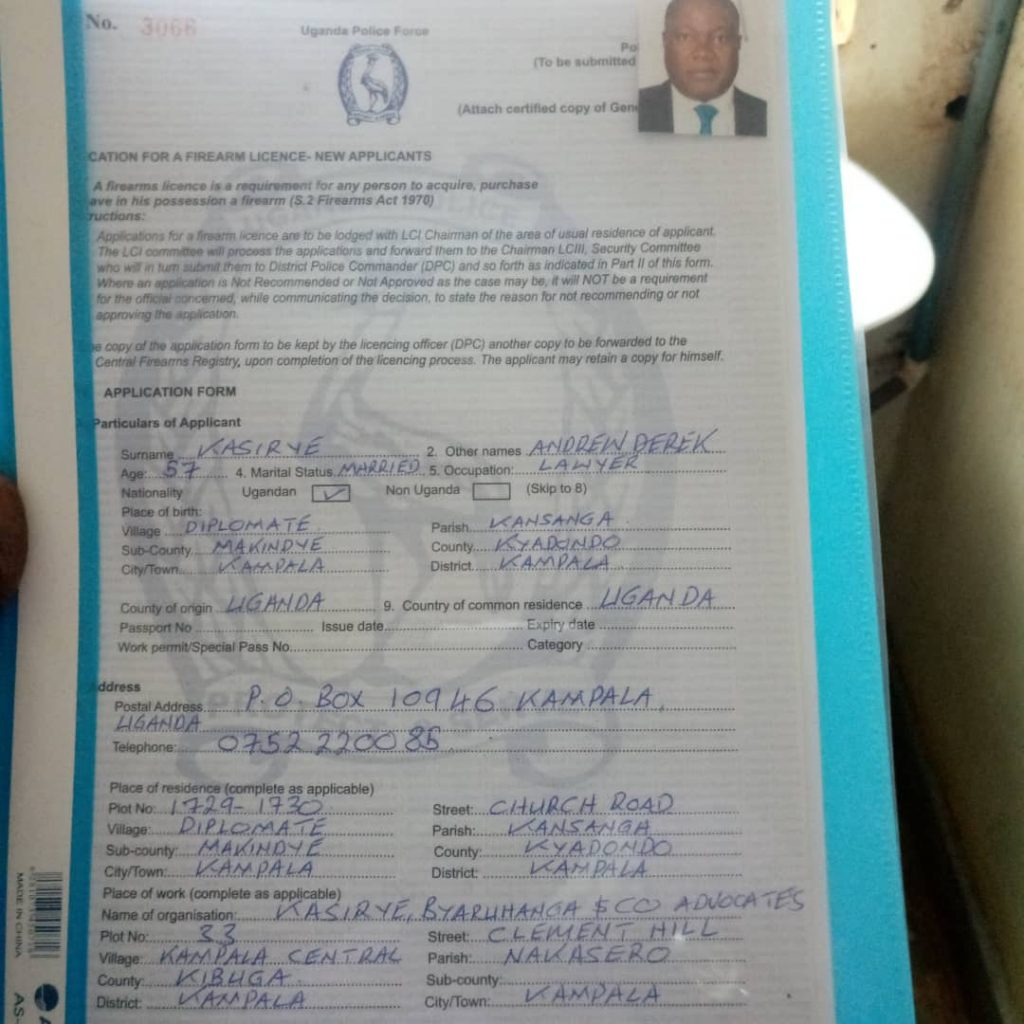 However, this website has reliably learnt whereas Byaruhanga was well qualified to recommend his colleague for the firearm, the time was suspicious given the ban on the issuance of guns. It is also alleged that what prompted the questioning of this whole process was the saga recently that involved Mr. Byaruhanga and and another top businessman over a land dispute along Entebbe Road. It is alleged the saga that degenerated into a personal fight saw guns drawn by one of the two. 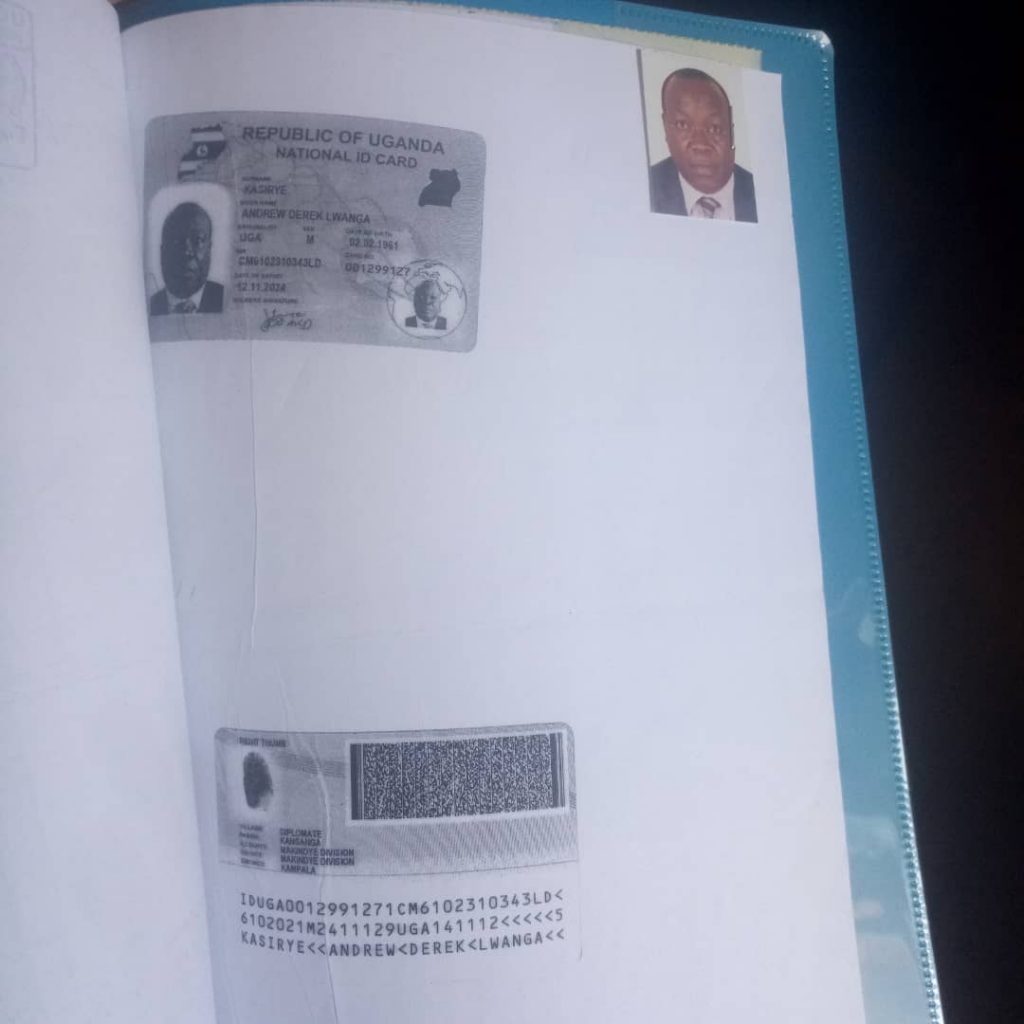