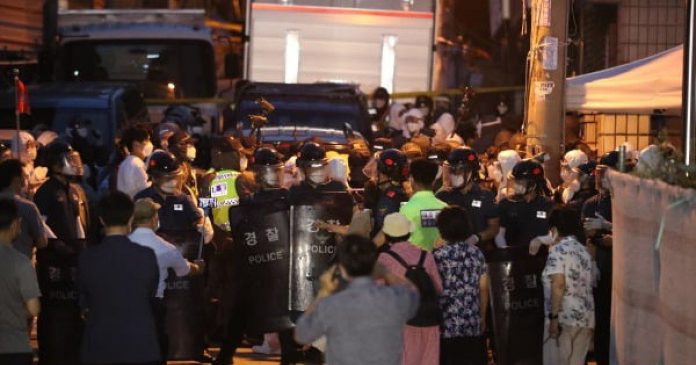 Church officials and police confront each other in front of Sarang Jeil Church in Seoul on Tuesday afternoon.

Former professor Jin Joong-kwon said, “Harmful effects of the conspiracy theory of the public health center; the claim that the believers of Sarang Jeil Church unconditionally judge positive on the test of Corona 19 appear in detail. The health precaution is based on science, but as they keep insisting on it as political oppression or religious oppression, political and religious fanatics destroy scientific defense.” 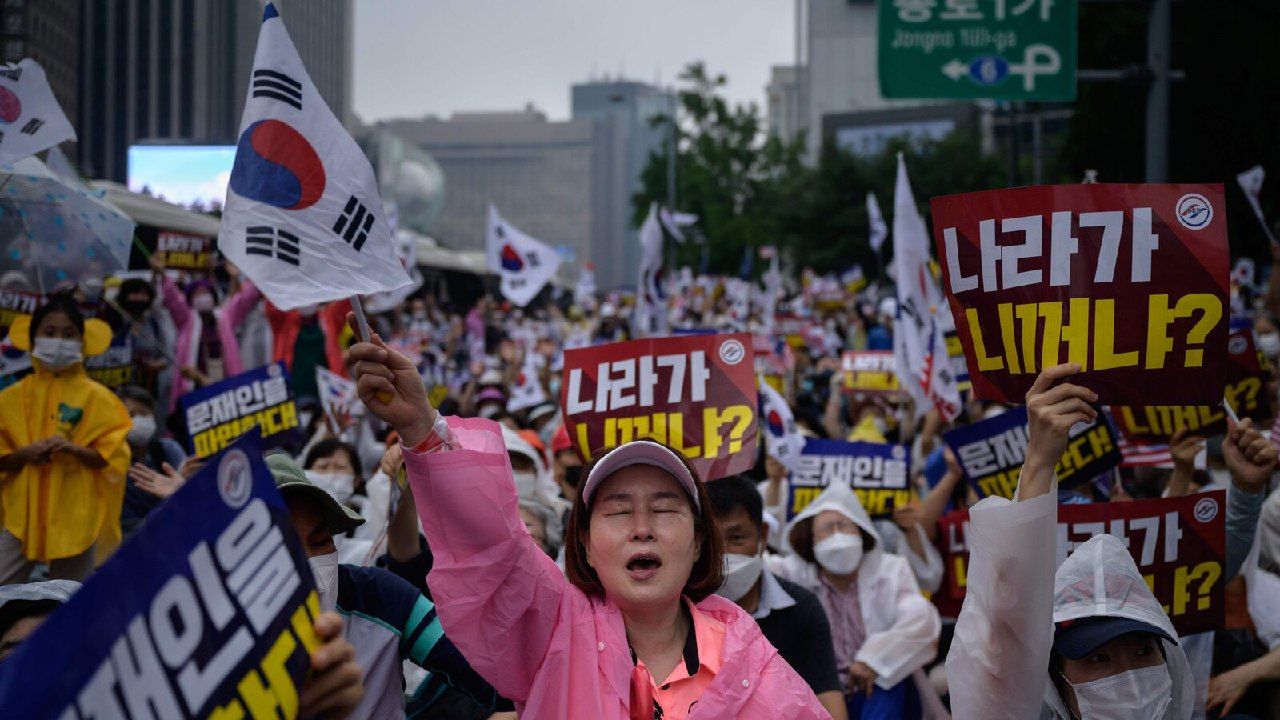 He continued, “It doesn’t matter if they’re caught in the Corona 19 or not, but the problem is that they even carry it to other people”, “It’s an anti-social group. The government and the ruling party would say “thank you” when they have a mass in Gwanghwamun (a square). Why would they stop that?”

Formal Pf. Jin Jung-Kwan referred in another article that the pastor (Jeon Gwang-hun) of the church has been allied with United Future Party and said “Christian anti-Communism is a deep-rooted malady of the conservative Protestant Church.

Furthermore, he said “The Satan is not in a particular place that the pastor put the health and life of his believers at such a risk for the honor of the church and himself,” he said. “We must thoroughly investigate and sternly punish those responsible.”

Meanwhile, the number of confirmed Corona 19 cases from Sarang Jeil Church is increasing, but there are a number of deliberate cases of obstruction of quarantine, such as some believers refusing to investigate or fleeing and striding through the streets even after hearing they are positive on Corona 19.

It is analyzed that the reason for this action among the believers are continuing is that the Pastor Jeon Kwang-hoon, who leads the Sarang Jeil Church, and others are raising conspiracy theories.

Pastor Jeon Kwang-hoon claims that he contracted Corona19 because of ‘the Virus Terror’. In addition, congregation members claim that the government is oppressing them confirming on positive on Corona Virus since they are against the president Party.

As the Corona 19 spreads around some churches, including Sarang Jeil Church, Shincheonji is waging an all-out war to wipe out its negative image.

Shinchoenji also actively promoted the fact that it is cooperating with the quarantine, saying it is replacing worship services and gatherings via online.