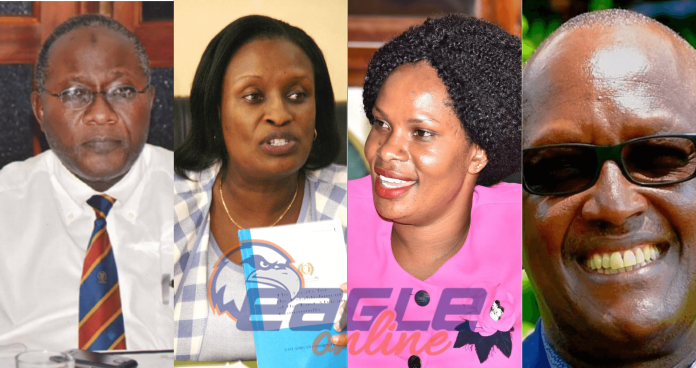 Mr Nnyago was deputized by Tororo County North Member of Parliament, Annet Nyakecho. Both Nyakecho and former Deputy Secretary General of the East African Community  Beatrice Kiraso have been key building up structures across the country.

Both Nnyago and Gen. Tumukunde are old students of Kibuli Secondary School.

Ms Kiraso has been named as Chief of Staff whose role will be to man the whole campaign structure and coordinate the centre and the rest of the country. 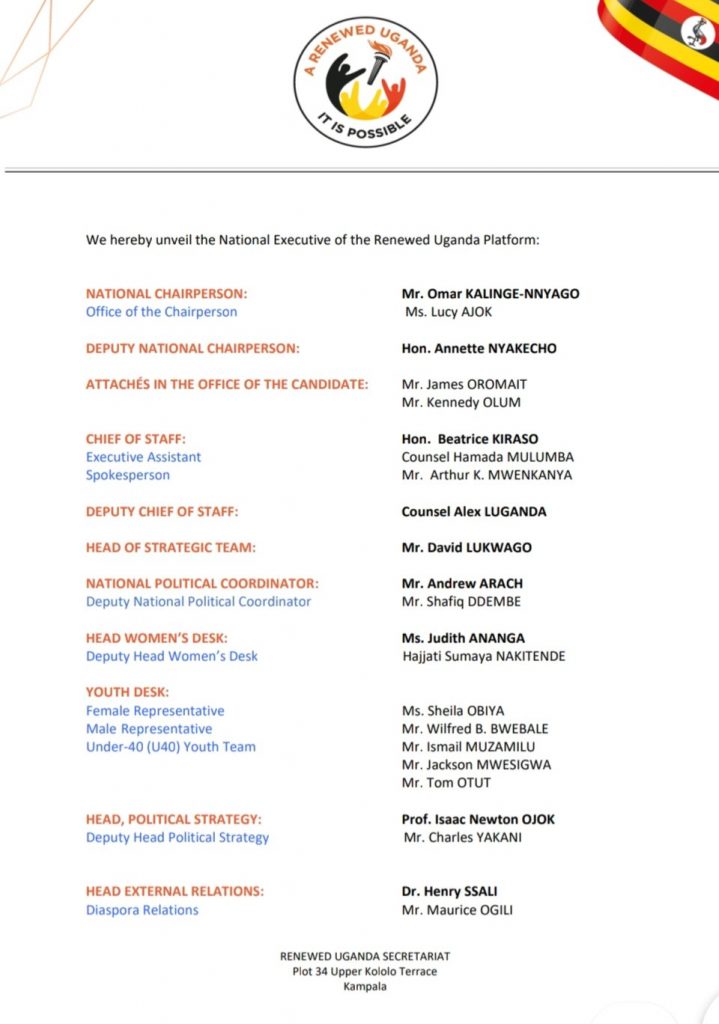 Meanwhile Renewed Uganda has decried the continued state harassment and blackmailing of its candidate saying the struggle to ‘free Uganda’ should never narrow down to individuals but rather the overall goal of liberating the country.

“RU wishes to be record that this struggle is not one of an individual, but of a well organised team, brought together by the aspiration to bring peaceful change in Uganda’s governance. We advocate for lawful and democratic means as provided for under the Constitution of the Republic of Uganda” reads RU statement.

Gen. Tumukunde has been summoned by Criminal Investigation and Intelligence Directorate (CIID) at Kibuli for allegedly meeting veterans. He denies ever meeting the said veterans saying it is a concoction being brought up against him. 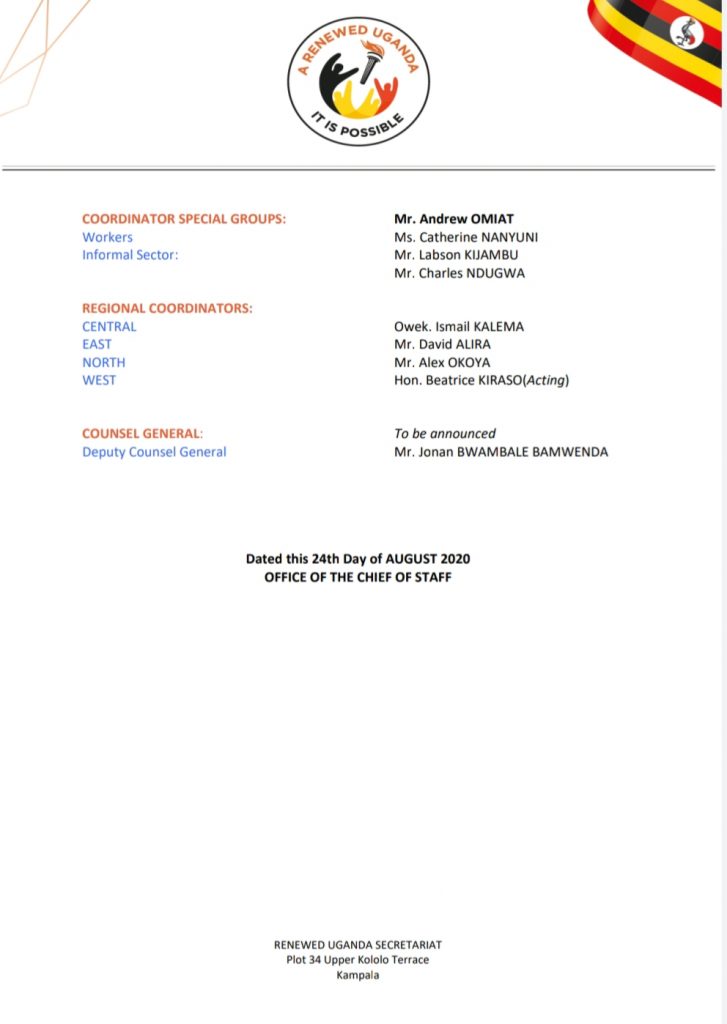