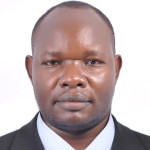 The previously URA FC Secretary General (2011-2016) has been given a one-year renewable contract effective 1st September 2020 after a rigorous recruitment process.

“We warmly welcome Henry and believe that he has the necessary experience to lead the club to greater heights.” URA FC wrote in a statement.

“URA FC is a club everyone would dream to work with. I am so happy to come back and associate with a place I call home. I promise to bring professionalism, experience and interpersonal skills which I believe will take back URA FC to the top where it’s supposed to be.” Henry Mayeku said after receiving the news of his appointment.

URA FC, coached by Sam Ssimbwa finished fifth with 40 points behind Vipers, KCCA FC, SC Villa and Busoga United when the league was ended due to the Covid-19 pandemic.