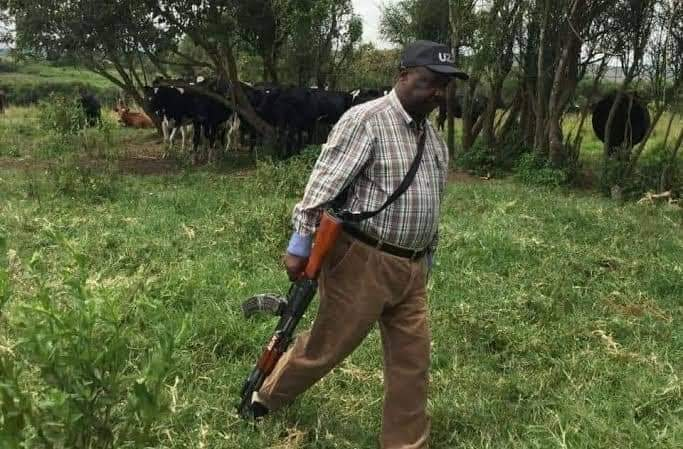 The Minister of State for Labour Mwesigwa Rukutana has been arrested following yesterday’s shooting in Ntungamo district. His arrest was confirmed by the Deputy Police Spokesperson Polly Namaye.

He reportedly shot at his rivals in the just concluded National Resistance Movement (NRM) primaries where he lost to Naomi Kabasharira.

According to a video recorded by the victims and polling agents of Naomi Kabasharira, the Minister shot at car Toyota Rav4 registration number UAQ 840X and smashed its windscreens as they sped off for fear of their lives.

“Police in Ntungamo has this afternoon arrested and detained Rukutana together with his three escorts following a shooting incident in Ruhama, Ntungamo district in which one person was seriously injured and a motor vehicle damaged.” She said in a statement

She said the victim was rushed to hospital in critical condition while the suspects are in detention on charges of inciting violence, attempted murder by shooting and malicious damage.

This not the first time that the minister is misbehaving, February 20, 2019 then Deputy Attorney General insulted Justice Catherine Bamugemereire during Commission of Inquiry into Land Matters at Wandegeya.

He had appeared before the commission to explain the pending government compensation to businessman Muhammed Buwule Kasasa in respect to over 600 acres of prime land on Mutungo Hill, Kampala.

While appearing, Bamugemereire cautioned Rukutana against the manner in which he was addressing the Commission and answering the questions, saying he was showing disrespect, combativeness and hostility which has never been seen before. However, in doing so, Bamugemereire lost cool and went for the Deputy AG, a thing Rukutana never took lightly.