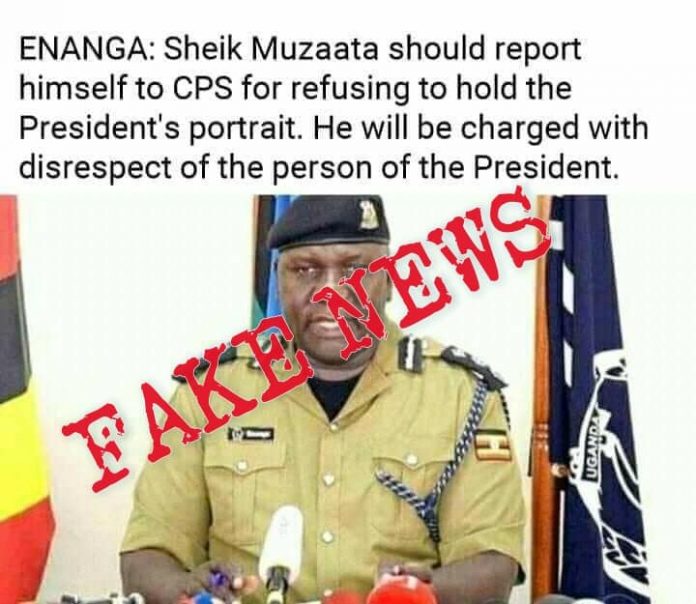 Police has arrested two men who are suspected to have been running parody accounts in the names of the Uganda Police Force.

The two who are being held by Police allegedly opened up twitter and facebook accounts in the names of Uganda Police which they have been using to peddle fake information and ridicule the force.

“Our Electronic counter measures squad arrested two people who have been operating fake police Twitter and Facebook accounts posting all sorts of misinformation to redicule the force’s image,” Police said in a statement.

The two; Mugerwa Calvin and Ochan Allan from Kitebi and Nabweru respectively are being interrogated. They were found in possession of gadgets they have been using to operate these fake accounts.

“We would like to let the public know that the CID has built a formidable electronic counter Measure and Anti-cyber Crimes team whose output will inevitably make the perpetrators endangered species,” Police added.

Social media platforms allow users to open parody accounts of any person or institution as long as they declare in the bio that it’s a fake account so as not to mislead people.