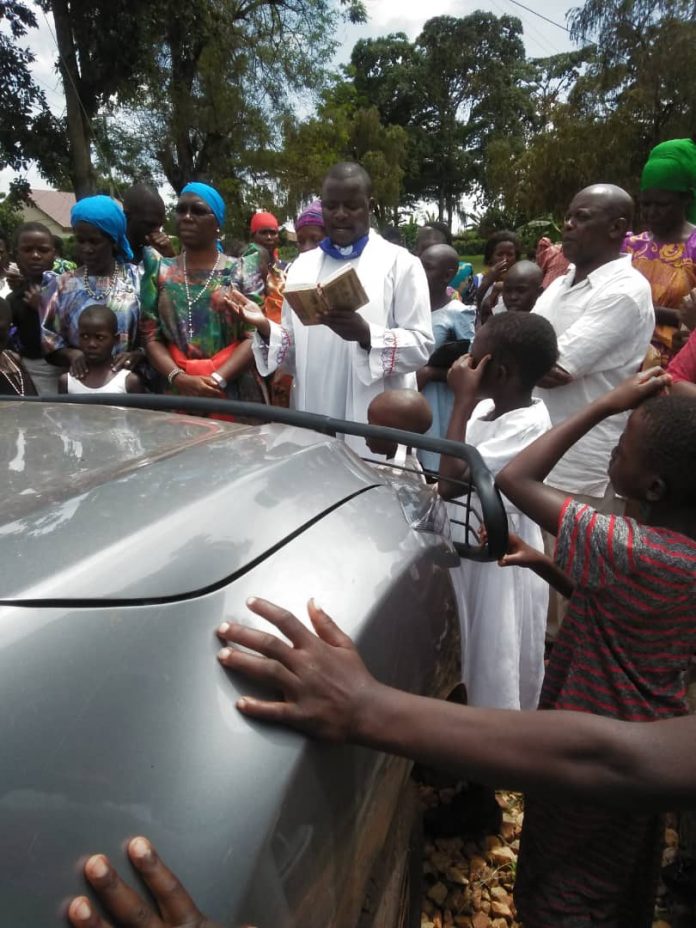 The Kamuli District Woman Member of parliament race is gaining momentum as candidates strategize on winning the polls next year.

However, the race is narrowed down on Kadaga and Musumba as the two are the main contenders. Kadaga has represented Kamuli since 1989 on affirmative action but the coming in of Ms Musumba who isn’t new to Kamuli politics isn’t good news for Kadaga as both are veterans of the area politics.

Yesterday , the Namwenda Catholic Church welcomed one of their own, Salaamu Musumba aka the Iron Lady of Kamuli as she is popularly known to receive blessings from the priest Fr. Anthony Mwase ahead of her political journey. “She was received by the already jovial congregation that was waiting to see their redeemer”.

In a chatting mode, they welcomed her to Church and the priest prayed for her to successfully win these campaigns. Fr. Mwase proceeded and prayed for one of the new vehicles out of the 10 brand new Toyota Hilux that have been added on the already existing vehicles to move around the district and converse for the votes.

The excited congratulation also requested Musumba to avail them with scarfs. Being to religious, she had moved with them and whoever attended the service, walked away with one. The Catholics of Namwendwa Parish all agreed and vowed to support and rally behind her and make her go to parliament come 2021.

Two weeks ago, Ms kadaga also visited the Anglican Church in Kamuli and donated a vehicle and 100 pigs.

Express draw URA in Uganda Cup round of 16

Cipla to manufacture lifesaving medicines for the ECOWAS and ZAZIBONA regions