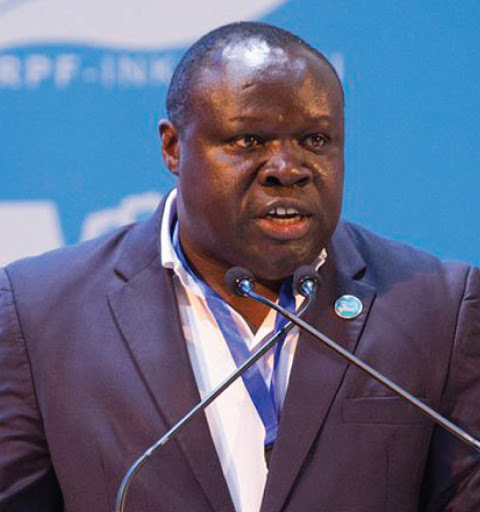 The International Organization for Migration (IOM) has launched the first Continental Strategy on Migration for Africa for the period 2020-2024.

The Strategy provides opportunity to further develop synergies for more robust migration dialogues and outcomes across regions and with all relevant partners.

The IOM’s Continental Strategy was conceived to reinforce commitment towards safe, orderly and regular migration within and outside the African continent. Through multi-stakeholder engagement, it is expected to give impetus for adaptive measures for better migration management and scale up the positive impacts, opportunities and benefits of migration for the whole of society

Speaking during the virtual launch of the strategy, which drew participation from IOM, African Union Commission, African Development Bank, UN Economic Commission for Africa and Regional Economic Communities in Africa, the EAC Deputy Secretary General in charge of Productive and Social Sectors, Christophe Bazivamo (Pictured Above), noted that the Strategy would enhance the governance framework for migration and realization of benefits arising from migration on this continent.

“As you are all aware, migration is a natural and unavoidable phenomena that knows no boundaries. Thus, its management requires combined efforts at different levels in order to deal with the barriers to safe and orderly migration,” Bazivamo said.

According to IOM, African migration in the 21st Century takes place mainly by land, not by sea. African migrants’ destinations are overwhelmingly not to Europe or North America, but to each other’s countries.

Noting the various faces of migration which include but are not limited to human trafficking and smuggling on the continent, the Deputy Secretary General said that the development of an effective policy instrument that responds to the current migration challenges in Africa was not only timely, but also relevant.

“This Strategy will therefore, enhance and guide the harmonization of member states’ and regional migration policies and legal frameworks,” he.

The EAC has called for deliberate efforts by other RECs to incorporate the Strategy interventions and recommendations in their policy frameworks and strategies.

EAC and IOM signed a Memorandum of Understanding (MoU) on 5th June 2006. The MoU has contributed towards overall efforts to ensure free and safe movement of people between EAC Partner States while tackling issues such as irregular migration, smuggling, human trafficking and labour migration.