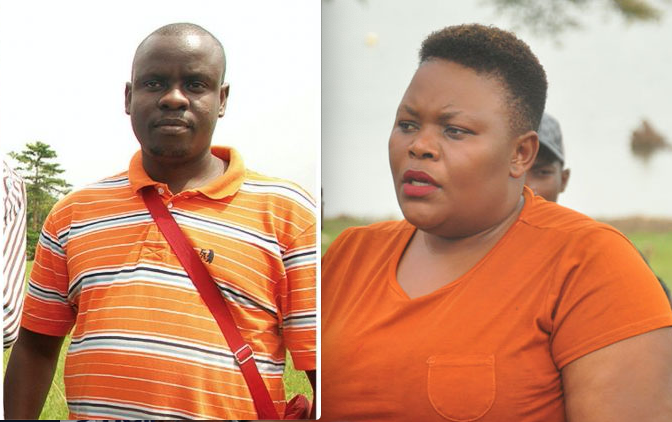 Singer and rumoured Presidential Advisor for Kampala Catherine Kusasira Sserugga is up in arms with the events promoter and staunch support for National Resistance Movement (NRM) party Balaam Barugahara for standing against her meetings with President Yoweri Museveni.

The singer who spoke at ease said Balaam is a traitor and has betrayed them and as they can’t see or talk to the president to address challenges faced Ugandans.

“I curse you, you are such a traitor. Someone who pretends to be rich with good heart yet you are a mice, you just go on jumping onto everyone passing by you,”

However, when contacted by Eagle Online,Balaam said he wasn’t wasting time answering every bit of allegation by Kusasira and her colleagues saying he isn’t a government employee with power to limit anybody from accessing the head of state or another person. He described those labeling him a traitor as unappreciative with intents of pulling others down.

“who took her to the president in the first place? How can a Presidential Advisor if she is one be the one accusing me an ordinary man of blocking her and If I have a bad heart, why did I give Shs 110 million interest free. Let her first answer those questions before she accuses me of any wrong” said Balaam.

Balaam is also a successful city businessman with interests in real estate, media among others.

She said; “You are mediocre, I want you to know that I got fed-up with you to an extent of wanting to vomit. You backbite people, tarnish my name thinking that the president will suck me but you are ashamed yourself.  Know  that am a full Senior Presidential Advisor for Kampala. You are just a lousy citizen who always aims at putting people down”.

She said Balaam, is someone who sympathizes with people but on the other side he backstabs you.

“Recently when I went to Mbarara I heard rumors from my people saying that the Excellency gave me money for all Artists in Uganda and I ate it, something that made me very mad at him. He’s someone who claims to be good in people but in reality he is not.”

“You have led to the failures of many useful projects. Youth projects have failed because of you. He has hindered the meeting of many useful people to his excellence to mention, Artists, Politicians, Businessmen among others.”