Stanbic Bank has agreed to debit Shs940 million from Macdowel’s account to settle the outstanding loan and return land titles of the illegally sold properties in Luzira.

In 2017, Macdowel limited mortgaged its properties on plot 1, 3, 4, 5 and 6 closes, Luzira to Stanbic Bank Limited as security for a loan. The company at times failed to pay loan instalments on time and decided to go for Consent judgement to clear the loan by 30th June 2020. The company claimed that they paid off the loan but the bank has declined to release its titles.

Initially according to Mcdowel, the bank’s lawyer identified as Andrew Munanura claimed that it had sold the property by public auction after the bank advertised in the monitor and auction took place on December 6, 2019 yet there was no auction.

Upon that the company ran to the High Court challenging the matter in which its properties were grabbed by Bank employees and sold among themselves. It also petitioned the Police CID to investigate the matter.

The company claims that its properties were undervalued in that they were sold at Shs 1billion yet the actual value of the property is Shs 4billion.

The agreement bears a stamp of head BPP Credit, Stanbic and signature of Denis Lugoloobi, a senior manager Credit evaluation signing for the bank.

According to section 39 (2) and (3) of the mortgage Act, sale of mortgage property by a bank to its employees, is a crime punishable for not less than 24 months in prison.

“Stanbic conspired with its employees to grab our properties at a low price of Shs1 billion. The bank gave them opportunity and time to obtain credit from DFCU bank to finance the purchase,” Macdowel limited said adding that the agreement indicates a public auction and the sale were concluded during the #Covid-19 lockdown on March 25, 2020.

In this regard, the Police CID has summoned Kenneth Kitungulu among other Bank employees to aid the investigations. 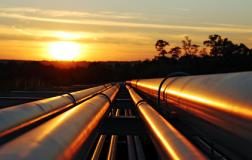