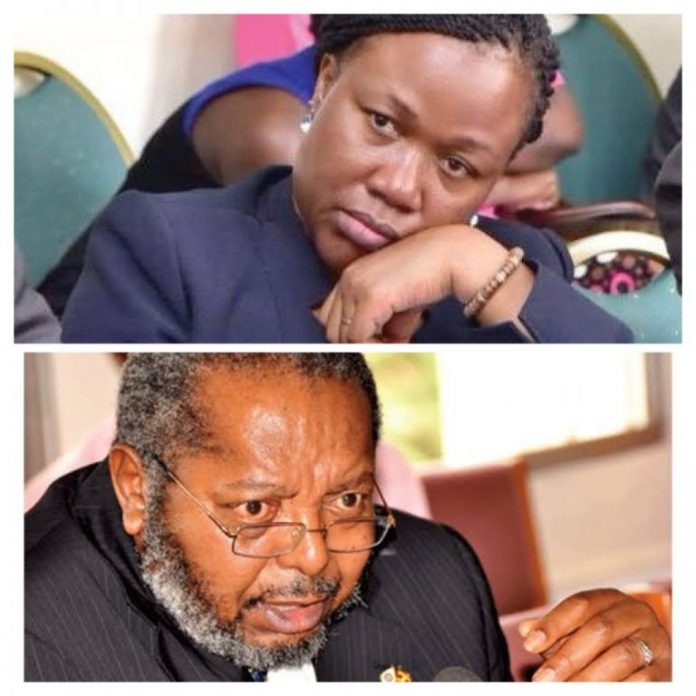 An insider in the Bank of Uganda (BoU) has revealed that Deputy Governor and a group of ‘influential’ individuals in the Central Bank duped the Governor Emmanuel Tumusiime-Mutebile that there is a confirmed #Covid-19 cases.

According to sources, the reported cases never existed but it was a creation of some individuals together with Deputy Governor Dr. Michael Atingi-Ego who informed Mr Mutebile that the central bank had been hit by #Covid-19 and therefore, there was need for most of the workers that weren’t essential to work from home.

However, this was later never to be true but the scare on Governor Mutebile who is already sick managed to keep home as he could not come to office given his health status.

Sources further revealed that it is at this very time that matters  of Crane Bank resurrected and so is the issue liquidation. Sources within the central bank say there is no central cohesion anymore in the bank due to the absence of the governor most of the time given that he works from home and secondly the issue of Coronavirus.

Some heads and deputy heads of department were required into office to perform some duties of among others signing documents and later leave. It was revealed that there was no #Covid-19 case in the BoU but some individuals were colluding to take over the bank which was put under receivership.

“Thieves are utilizing the absence of the governor to execute selfish motives at the BoU. As you are aware, the governor is frail and spends most of the time at home. He only comes in when there are urgent issues so they are taking that chance,” the source said.

This comes in awake of property mogul Sudhir Ruparelia’s motives to repossess his former Crane Bank. Sudhir claims that the receivership ended in January 2018 noting that the board is ready to run the bank. Source further reveal that Atingi-Ego is a close buddy of his predecessor Louis Kasekende and has since followed his advice and instruction in conducting business. Kasekende is rumoured to have saved him when he was  sent Luzira prison some years back.