The name was decided by Rajiv Ruparelia, a Trustee Ruparelia Foundation and Managing Director Ruparelia Group together with his wife Rae Naiya as one of the conservation strategy during the naming ceremony on Thursday at Ziwa Rhino Sanctuary.

“Rae Ruparelia is the name given to the new born rhino at Ziwa Rhino Sanctuary in Nakasongola. I was joined with my lovely wife, Naiya Ruparelia to witness the naming on behalf of Ruparelia Foundation,” Rajiv said.

The businessman also revealed that the Foundation has been able to pay USD 5000 (Approx.18m) to Ziwa Rhino sanctuary to acquire naming rights for the baby rhino.

Rajiv urged the government of Uganda to incorporate a tourism course into the education curriculum right from lower classes if the country is to improve its tourism potential locally. 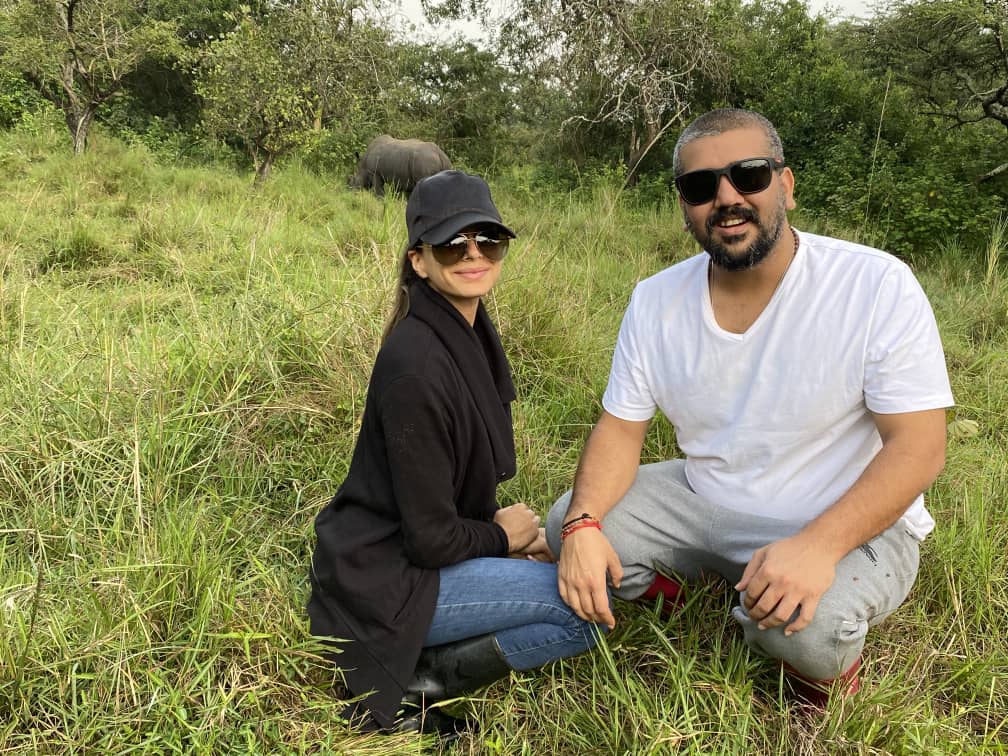 He said that there is a need for the next generation to learn and value the national parks and other protected national sites for the benefit of the country and the people of Uganda through earning livelihood.

He added that starting next year, Ruparelia Foundation will embark on networking Uganda’s tourism assets to the international community with the view of making the country a hotspot for tourism destination globally.

Angie Genade the Executive Director Rhino Fund Uganda said the fund is grateful for the Ruparelia foundation for partnering and naming the baby rhino.

Genade added that she wants the partnership to grow and Ruparelia Foundation to become the ambassadors of the rhino program.

Located 176km (100 miles) north of Kampala on the Gulu highway towards Murchison Falls (branch off at Nakitoma Trading centre) Ziwa is the home of the only wild rhinos in Uganda.