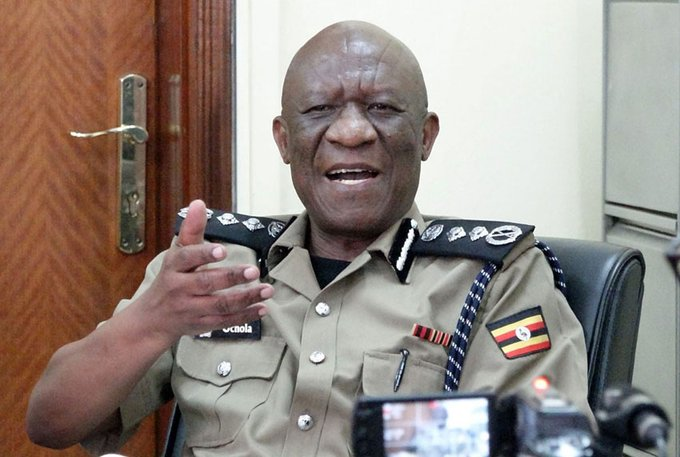 The Inspector General of Police (IGP) Martin Okoth Ochola has revealed that police officers have been beating journalists to restrain them from going where there is danger.

The IGP said during heads of security organisations’ press briefing held at Naguru police headquarters. Since the kicking off of presidential campaigns in November, police and other security agencies have been captured on cameras roughing up journalists covering opposition presidential candidates.

It is averred that in December 2020, police fired a teargas canister at Bobi Wines official car in Masaka and injured Ashraf Kasirye, a journalist who was working for Ghetto Media. In the scuffle, NBS TV’s Danial Lutaya and NTV’s journalist Ali Mivule were injured.

“Police beat journalists to help them for their own safety. When a police officer tells you to stop, you must stop for your own safety. I won’t apologise for police actions. It is the media targeting the Police by portraying it as brutal and siding with the government,” IGP said adding that they will use reasonable force against the media to help them not to go where danger is.

“There are political leaders who are urging their supporters to go in large numbers and monitor the elections on false claims of election fraud which is against the Electoral Commission (EC) guidelines. There is no evidence of voter fraud” he said

He assured the whole country that whoever intends to cause trouble will regret why his or her mother gave birth to him or her.

“We shall not accept any disorder or chaos in the country. Nobody will shake our resolve. We are a very resilient force with an agile team that can adjust and adapt to any threats,” Deputy IGP Maj Gen Paul Loketch said

He  cautioned Ugandans that there should not be mass assemblies around polling centres asto EC directed. “You need to vote and go home. Any act of hooliganism around the polling stations will be dealt with,” Deputy IGP said