Mukula is accused of flouting over  party’s rules.

While addressing the press on Sunday afternoon at Hursey Resort Soroti town, the group headed by Charles Elasu the group’s regional coordinator and the chairman of NRM chairperson’s in Uganda vowed to abandon Mukula after he secretly supported non-party flag bearers and worked in isolation.

“If Mukula doesn’t come to work with us we are willing to abandon him and work for a different leader of another region. We can decide to Work with Karamoja or any other region if he is not going to work with us”, said Elasu.

He added that, the clicks that have been instigated by the party’s top big wings in Teso have made the party lose over 10 MP seats in the region.

Elasu who endorsed Mukula’s candidature for the region’s vice chairman in the recently concluded NRM polls further added that, his relationship with Mukula has worsened after he refused to follow what they told him as leaders to follow if they wanted to secure victory for all NRM flag bearers.

John Richard Opio Katakwi District NRM Chairperson and the spokesperson for NRM Chairperson of Teso said, internal contradictions in the party are eating up the party in the region and has purely affected the NRM flag bearers at all levels.

Without mentioning names Opio said, the big wigs within the party leadership ended up fighting the flag bearers because of their selfish desires while asking the party’s top leadership to desist from suffocating the lower carders and being individualistic.

He also reveals that, whereas the party has its internal contradictions, the Teso vote was also partly disorganized by Amuriat’s candidature and now asks government to recognize Teso as a sub region saying Teso disowned Amuriat in favor of President Elect Yoweri Kaguta Museveni. 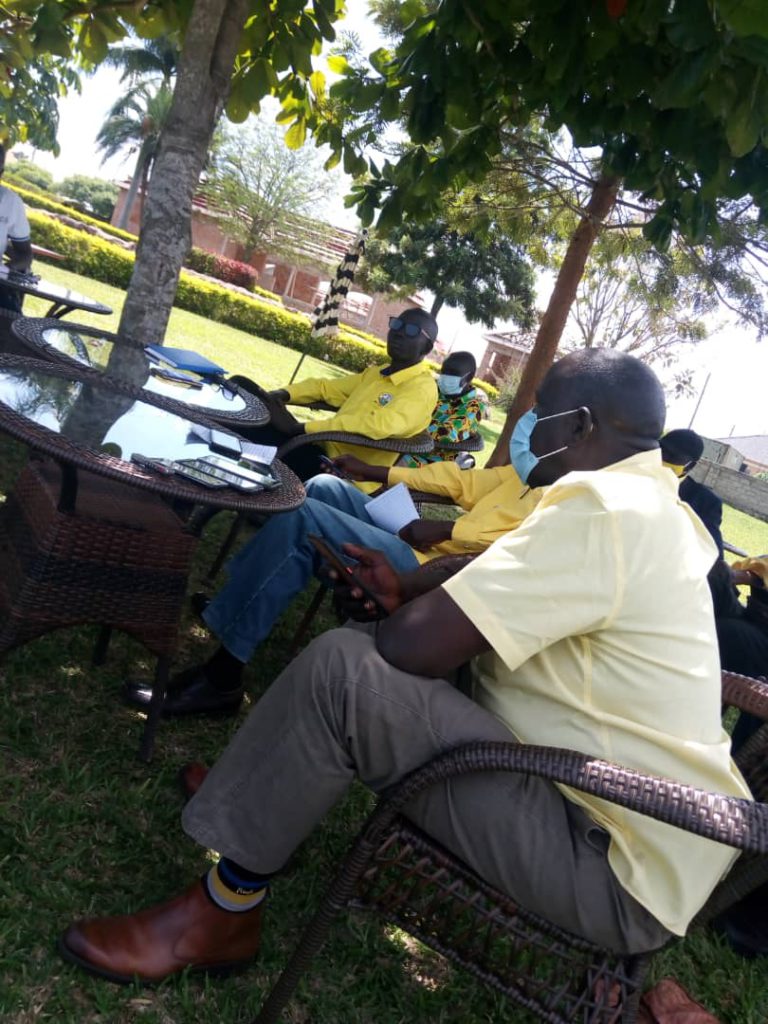 Isaac Okello Omiat Amuria District Chairperson, also revealed that “there is nobody who is an enemy to President Museveni in Teso but the big shots in Teso who are his enemies because they have continued intriguing and fighting each other.

He wondered how an NRM leader would start to celebrate the downfall of fellow NRM cadres.