Gen Tumwine got 104 votes while Chief of Defence Forces Gen. David Muhoozi 335 votes. He got the highest votes. 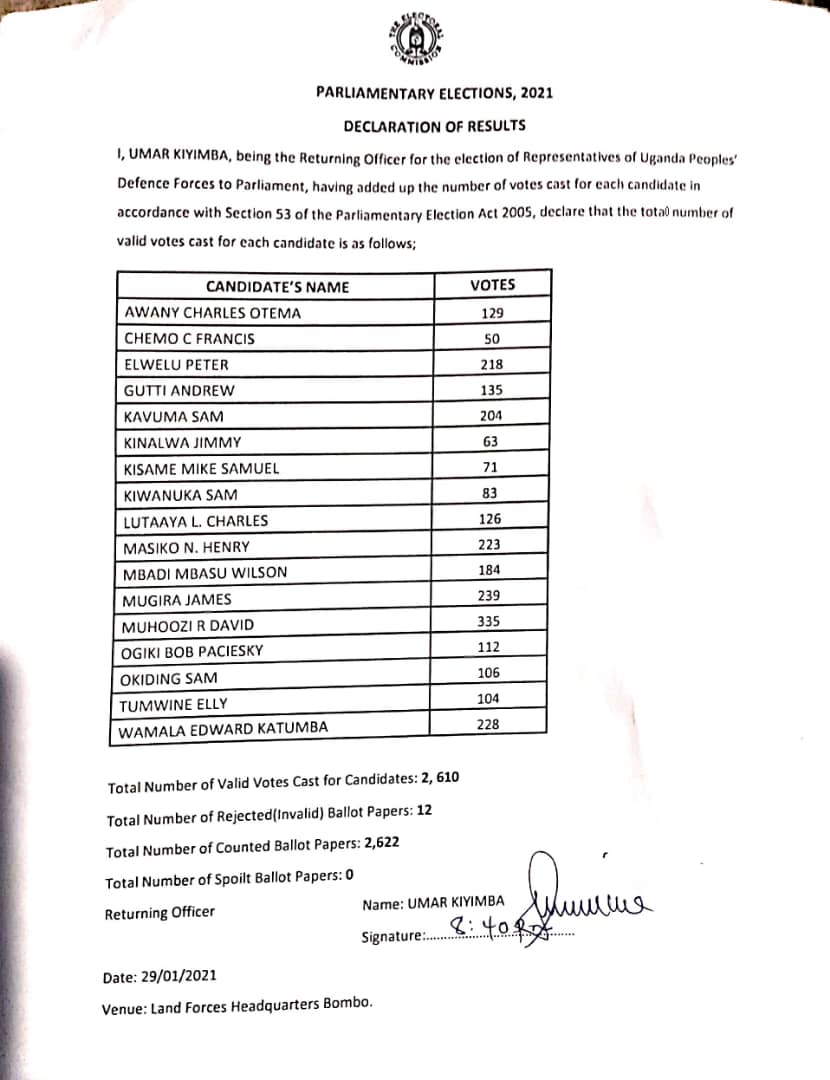 Generals Tumwine, Koreta and Pecos Kutesa that have been in Parliament are due for retirement. Sources told Eagle Online that Tumwine had resisted calls to retire saying he would retire with President Museveni when he retires from politics.