The government is moving to prevent gossip, rumours and fake news in bid to protect the image of elected representatives, leaders, presidential appointees and their families.

According to gazette Number 29 dated February 10, 2021, it will be criminal to write, share, and publish anything deemed rumour by the state against any elected leader.

“The object of this bill is to provide for the prevention of initiation, sharing, and/or distribution of rumours, anti-government propaganda, and related materials in private and public spaces; the duties and responsibilities of heads of families, religious leaders, academic staff like teachers and lecturers, privates company managers, celebrities, and all other people in positions of leadership and influence in society to avoid speech, writing or electronic correspondence that tarnishes the image of elected representatives, leaders, presidential appointees and their families,” it reads. 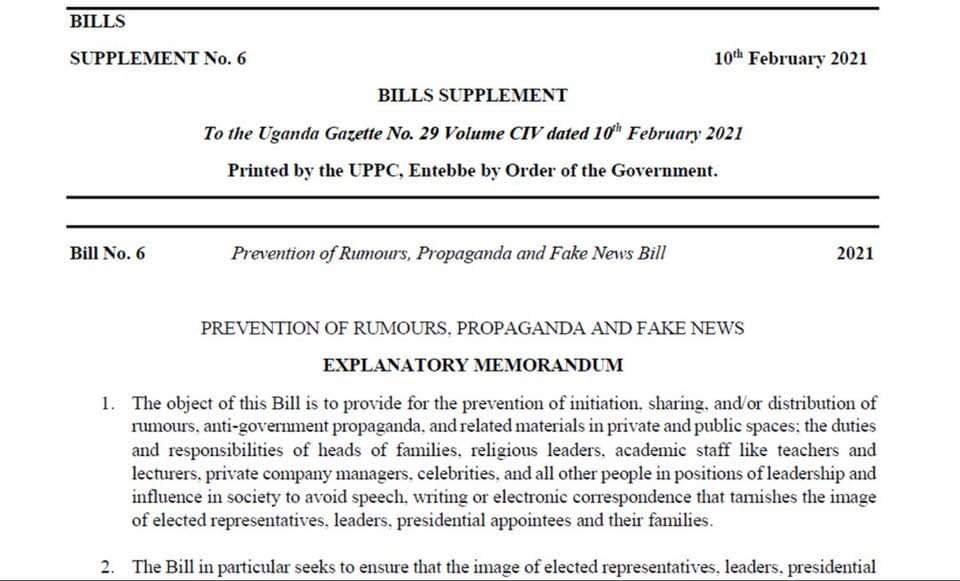 However, the 1995 Constitution of Uganda permits citizens freedom of speech but also leaders are elected by the people who are free to debate and gossip about them.

Fake news is intentionally fabricated by a person, while rumours are unverified and doubtful information that is passed on.