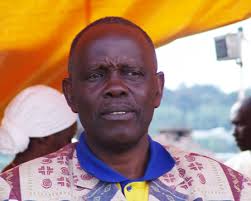 During Idi Amin’s time, Colonel Juma who was also called Butabika invaded their house in Nsambya and looted everything. No one was found in the house because their two children had been taken ill.

Mrs Kyaligonza was attending to the sick and Kyaligonza had gone to visit the sick with drinks.

Kyaligonza was therefore, forced to flee to Nairobi. When Idi Amin was overthrown, Kyaligonza returned but for a short time. Just one day after the 1980 election results were announced, Kyaligonza disappeared again, this time from his farm house in Hoima.

Geraldine and family also fled Hoima to Kampala but when her efforts to trace her husband became futile, Mrs. kyaligonza returned to the village (Bunyoro) where they ran a small farm drug-shop. In 1982, I was privileged to run into Kyaligonza at the late Michael Wateya Maswere’s residence at Fire Brigade Headquarters at the clock Tower where the black bombers used to sneak for safe refugee.

Remember that anger had driven many even women such as Jovia Saleh, Gertrude Njuba, the late Mrs Dora Kutesa, Mrs Janat Mukwaya, the late Olivia Zizinga, Geraldine Kyaligonza and others who initially ferried even very dangerous and sensitive war materials which ladies were previously scared of like bullets which Mrs Kyaligonza frequently transported with men like the late Mutwalib. The rebels (NRA) also had secured a radio transmitter for resistance radio that operated in the bush. It was Mrs Kyaligonza who received it in Kampala from a covert foreign ally and delivered it to Lukola. This was very risky undertaking especially for a woman, wife and a mother. For the unknowledgeable, a radio transmitter can be an equivalent to a ten – thousand-liter water tank. It was a big risky, parcel because it is reported that when it was being unpacked, the rebels bought many saw blades to unwrap the same.

He(Kyaligonza) had already gone to the bush and was commanding the deadly Namugongo based Black Bombers. One evening in 1982, a rumor circulated that Kyaligonza was in their village and that a myriad of soldiers had ransacked their house. They (soldiers) did not find Kyaligonza in their Bunyoro home again but fear engulfed Geraldine who decided to flee the farm drug-shop business altogether back to Kampala where she tried several relatives but none could dare host a bandit’s wife.

A friend offered to accommodate Geraldine and their last-born Martin but she (friend) got fed up with them too. On one occasion while I was travelling to Nairobi, Kenya through Malaba boarder, I witnessed the arrest of Mathew Kyaligonza who had been lined up by NRM/A external wing for a visit to Liberia to negotiate for war weapons but dared to sneak into the country to see what matters most-his family. The Ugandan arresting officers at the time included the late Sir Bob Mushikori the former Bugisu cultural leader who passed on recently.

Kyaligonza was always fortunate. He staged a daring escape running away with hand cuffs and without a shirt on.  One would have expected that all these things happening to them could have broken their spirit but they weren’t. Mrs. Kyaligonza says she wanted to bury the hand cuffs but the highly spirited Kyaligonza insisted that he would deliver them to their Commander-In-Chief Gen. Yoweri Tibuhaburwa Kaguta Museveni.

Fast forward I had bush war contacts both in Uganda and Kenya where I had relocated for studies. In Uganda as earlier said I knew a senior police officer Michael Wateya Naswere. In Kenya I was in touch with very many high-profile contacts Viz: Ernest Kakwano, Dr Ruhakana Rugunda, Zak kaheru, Dr Samson Kisekka, Matthew Rukikaire, Perez Musamali and other Ugandans.