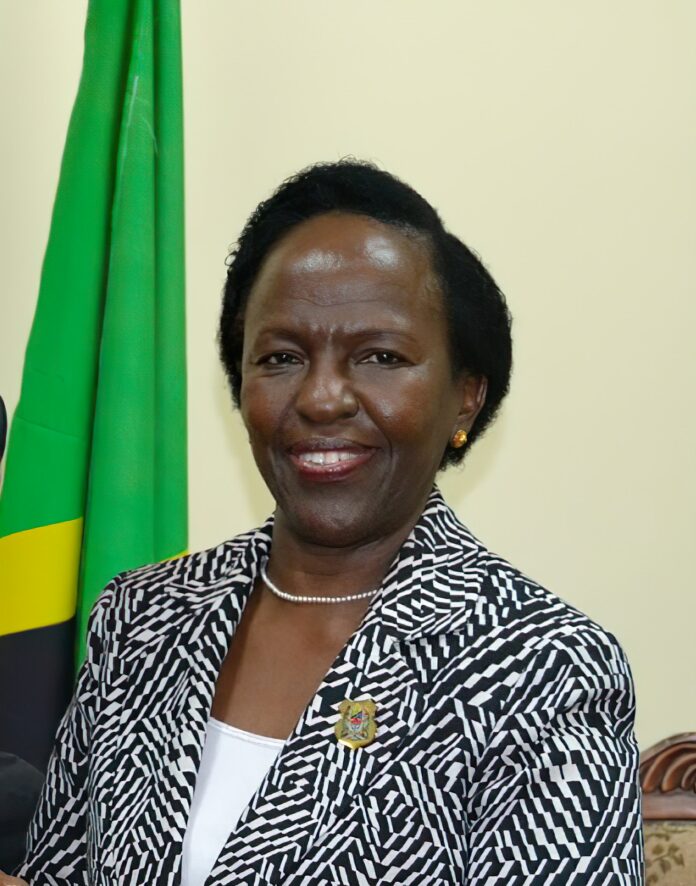 Tanzania president Samia Suluhu Hassan has on Wednesday March 31, made a cabinet reshuffle, issuing a warning to her appointees to embrace nothing but work.

The reshuffle which was carefully worked has seen some new faces with the most notable being the nomination of Liberata Mulamula (pictured above)as  Member of Parliament and the foreign minister  replacing Prof Palamagamba Kabudi who now takes over the ministry of Justice and Constitutional Affairs.

In the reshuffle Mwigulu Nchemba who was the minister for Justice and Constitutional Affairs now becomes the minister of Finance a docket that was left empty yesterday after Dr Mpango was appointed Vice President.

One month after he was appointed Chief Secretary, former CCM General Secretary Bashiru Ally has been replaced by Tanzania’s ambassador to Japan Hussein Yahya Kattanga.

Ummy Mwalimu now becomes the Minister in the President’s office Regional Administration and Local Government replacing Jafo Selemani who now serves the Ministry of State in the Vice President’s Office where Ummy was initially serving.

“It has been a short while since you were sworn in so I did not see the need for a complete overhaul of the ministries,” said the President

President Samia also warned ministers who hardly assign deputy ministers any tasks something that in the long run causes frictions with the ministry.As part of her other instructions, she ordered the newly created ministry of investment under the stewardship of Godfrey Mwambe and his deputy Ole Nasha gets functional as soon as possible.