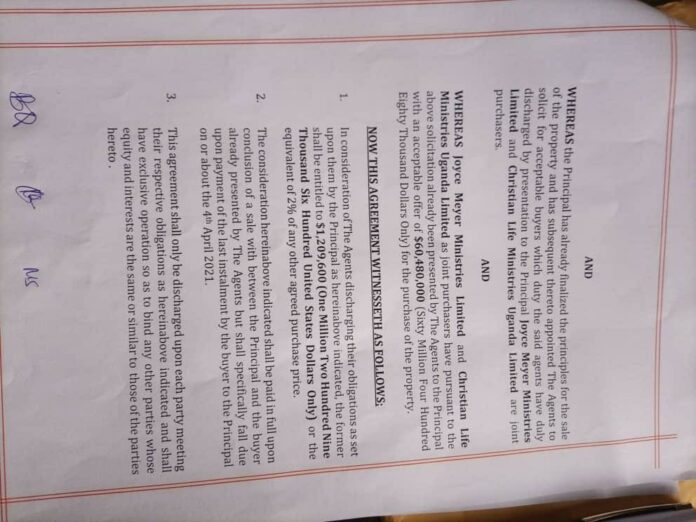 Three city land dealers could face criminal charges after it emerged that they forged signatures of tycoon Sudhir Ruparelia.

The land agents are Ronald Ndyareeba and Sam Mubiru . They three are accused of forging Sudhir signature as far as the legal documents purportedly drawn by Nangwala and Rezida Advocates. The above advocates are Sudhir’s attorneys.

Eagle Online understands that after forging this agreement, the three presented to money lenders to borrow money against as they await the final payment where they were to earn commission.

“In consideration of The Agents discharging their obligations as set upon them by the Principal as hereinabove indicated, the former shall be entitled to $1,209,600 (one million two hundred nine thousand six hundred united states dollars only) or the equivalent of 2 per cent of any other agreed purchase price. The consideration hereinabove indicate shall be paid in full upon conclusion of a sale with  between the Principal and the buyer already presented by The Agents but shall specially fall due upon payment of the last installment by the buyer to the Principal on or about the April 4, 2021”.

When reached for the comment on the latest developments Tycoon Sudhir Ruparelia told Eagle Online that he was dismayed by the forgeries by the agents.

“They forged my signature to say they are getting $1 million in commission and went to the money lender to borrow money against this forged agreement” Sudhir said.

For their part, Nangwala and Rezida said “They put our address of 10 years ago and couldn’t spell the name Rezida  well and added things on the stamp that aren’t there”