The Custodian board accounts have been reportedly frozen by authorities after investigations were initiated.

The investigation are said to have commenced after the Executive Secretary of the Departed Asian Property Custodian Board, Geogre Bizibu is under investigations over allegations of fraudulent sale of property to Mrs Margaret Sekidde, the propriate of Seroma Limited.

The whistleblower who reported the incident to the president alleges that Bizibu reported to have borrowed money from Mrs Sekidde but failed to pay hence taking over plot 7A Market Street Kampala. 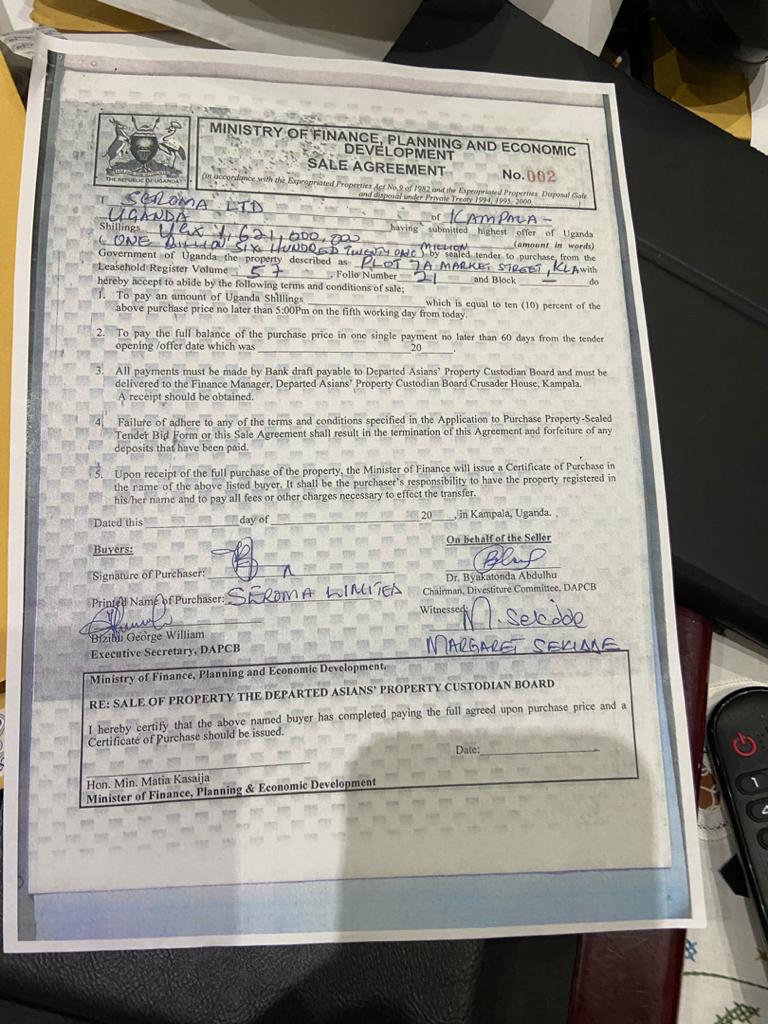 Eagle Online has established that trouble for Mr. Bizibu started when Mrs Sekidde reported him to the president after failing to transfer the alleged property to her

In 2019, Bizibu was under probe by the Land Protection Police Unit (LPPU) over allegations of land grabbing at Ssisa Estate in Wakiso district.

The probe into Bizibu was initiated after a complaint was brought against him on the land which has its owners through Ladha Kassam & Company Ltd, the complainant, says before former president Idi Amin expelled Asians in 1972; the company had a model farm of cotton, coffee, poultry and animals on the land.

The company alleges that in 1991 when it re-possessed the land, it was all smooth-sailing until recently when Mr Bizibu claimed 130 acres of the same land.

“Our client has learned that DAPCB through its Executive Secretary is fraudulently laying claim on our client’s land through a letter enclosed herewith,” reads a July 26 letter by the company lawyers, Lwere, Lwanyaga & Company Advocates, to LPPU.

Documents show the land was registered in the company name on July 4, 1955.