While addressing the media in Kamwokya, Mutyaba together with his lawyers Byansi Henry and Jumba Anthony of Center for Legal Aid, said he has now resorted to legal action.

Early this month, the retired KCCA player held a peaceful demonstration at the FUFA House in Mengo calling for Magogo’s resignation but was beaten by the security guards and detained at Old Kampala police station.

“I bring this complaint severally and jointly against Eng Moses Magogo, the FUFA President and FUFA for acts of corruption, exploitation, discrimination, diversion of public resources and abuse of office contrary to Sections 2, 6 and 11 of the Anti-Corruption Act 2009,” reads part of the petition.

In 2019, Museveni pledged a monthly contribution of 50 million shillings to be paid to fifty Uganda Cranes players (each player entitled to one million shillings) every month but according to Mutyaba, this was paid for only the first four months.

“I have since learnt that FUFA continues to receive the said money but it doesn’t remit the same to the beneficiaries now for a period of two years. Therefore salary arrears currently stand at 1.2 billion,” the petition reads.

Mutyaba says such FUFA’s acts demoralize the players which has caused frustration and early retirement from the national team and demotivated young players from joining the sport. 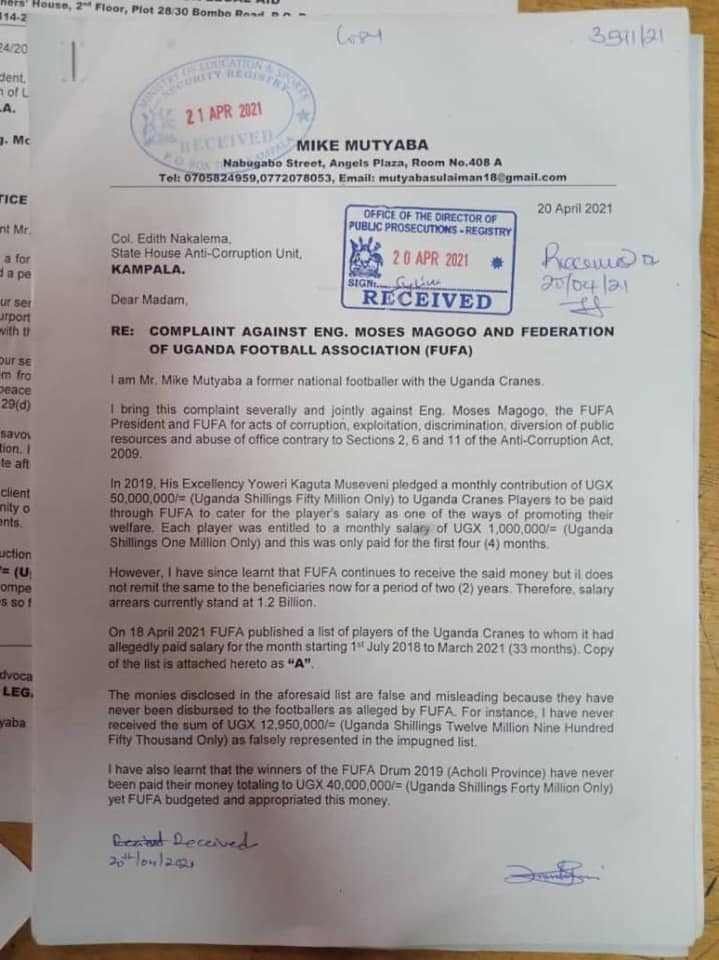 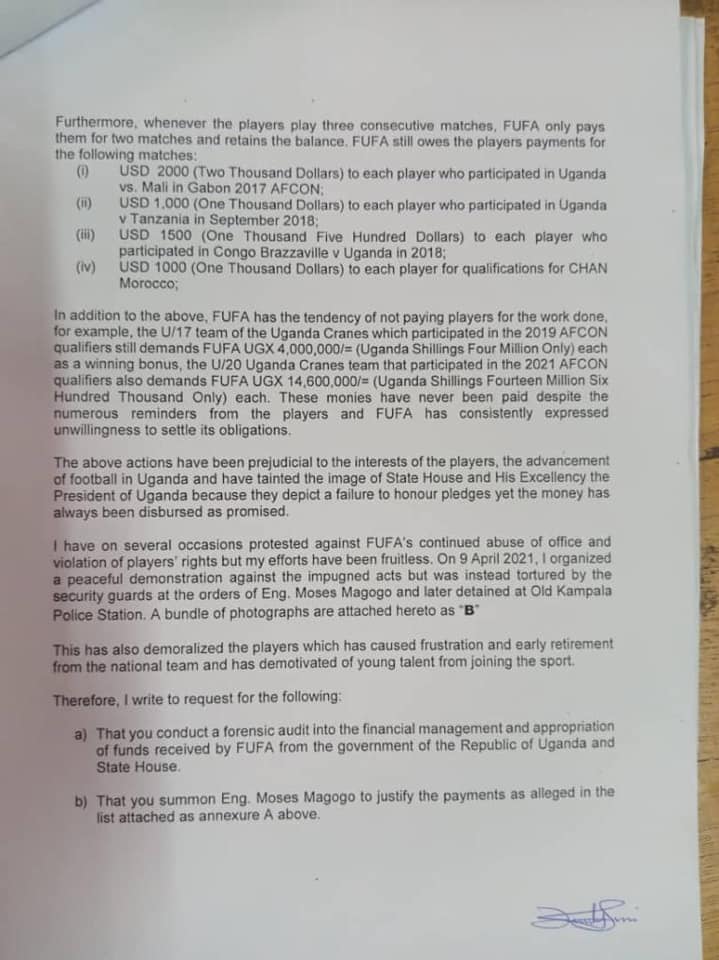 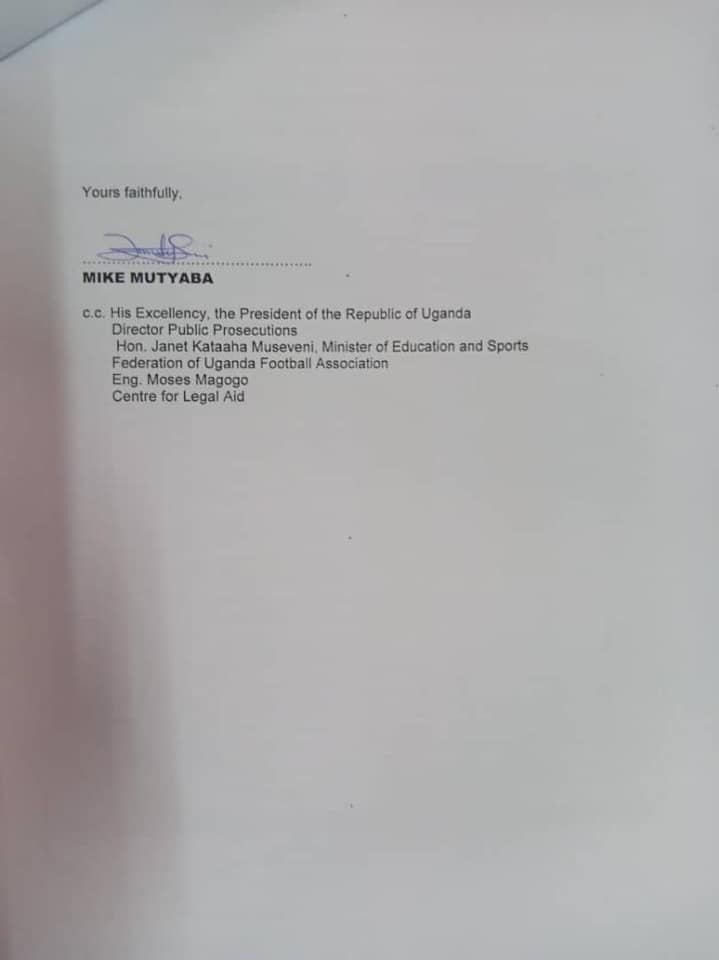