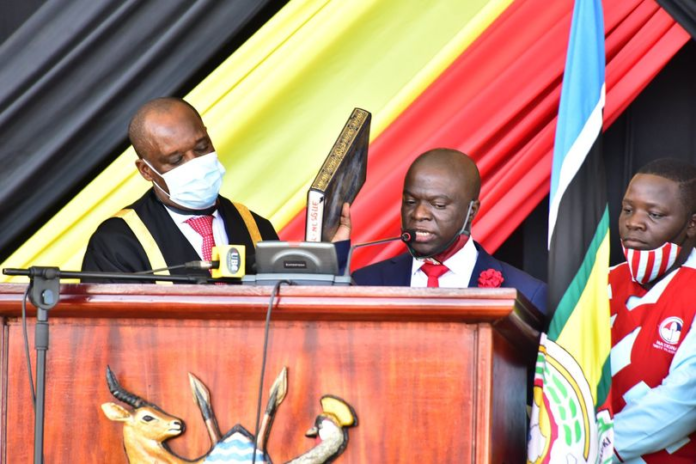 The ailing and frail Kawempe North legislator (elect) Muhammad Segirinya has been sworn in to represent the people of 11th parliament.

The MP who was flown in last night was accompanied by Sauda Madada and other members of the National Unity Planform (NUP). According to NUP sources, he arrived last night from unrevealed USA hospital where he was allegedly admitted over unconfirmed illnesses.

Ssegirinya was admitted to Nairobi hospital a few hours after he was released from Kitalya prison. He later opted to go for further treatment in the USA. However, he is facing charges of inciting violence after he allegedly led an unlawful peaceful protest demanding for the release of detained NUP. 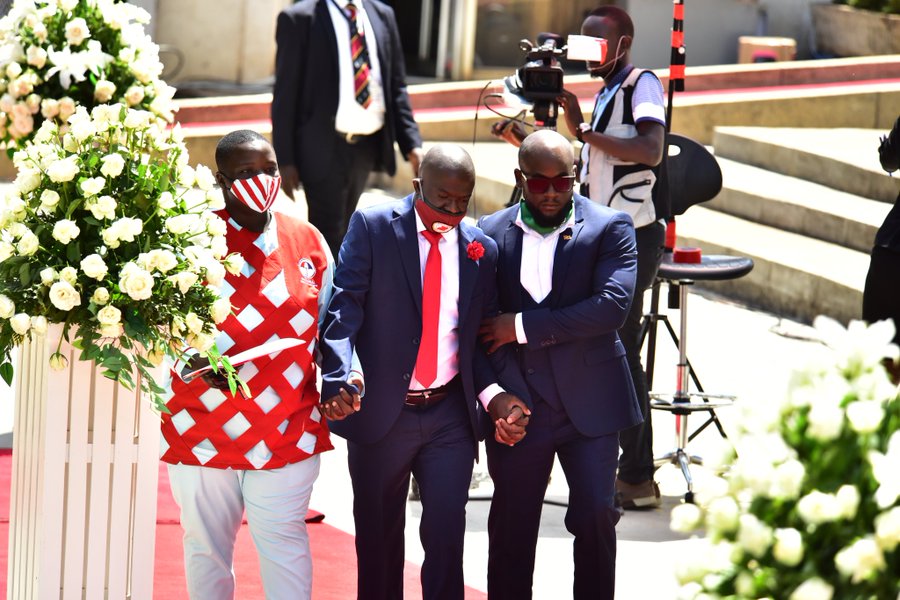 His win has been challenged in High Court on grounds that nomination papers were invalid because he did not have the requisite academic qualifications to contest for a parliamentary seat.

According to the petition, Kidandala avers that Ssegirinya’s nomination was not accompanied by the names and signatures of a minimum of ten persons who are registered voters in the Kawempe North constituency as required by the law.

Kidandala said Ssegirinya’s nomination paper was not signed and countersigned in accordance with the Parliamentary Elections Act.

The Principal Judge is yet to allocate file to judges who will hear and determine the matter. According to the law, the Court has up to six months to hear and dispose off all election petitions.