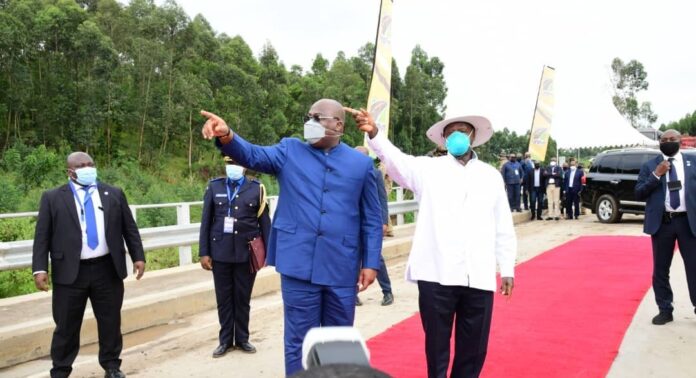 Uganda and Democratic Republic of Congo leaders have today launched the construction of over 300 kilometers of roads in the Congo.

The two leaders met at Mponde border post to launch the projects that will be jointly financed by the two countries. Dott Services Limited, the constructor has already assembled the equipments and will be constructing Kasinde-Beni (80km), Beni-Butembo (54km) and Bunagana-Rutshuru-Goma (89km). 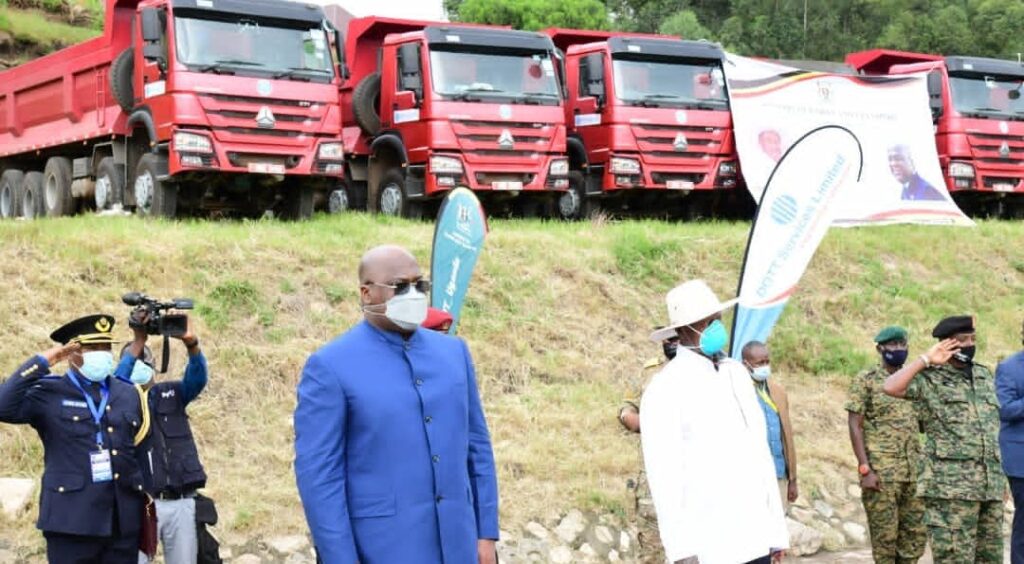 The two leaders signed a Memorandum of Understanding at Entebbe State house detailing on how the two countries will fast truck transport and business along the border. Uganda forces are currently in Eastern Congo gathering intelligence on the operations of the Allied Democratic Forces rebel outfit that has terrorised Eastern Congo.

However, it is important to note that DRC is seeking to join the East African Community, a regional setting that brings together countries in Eastern Africa.