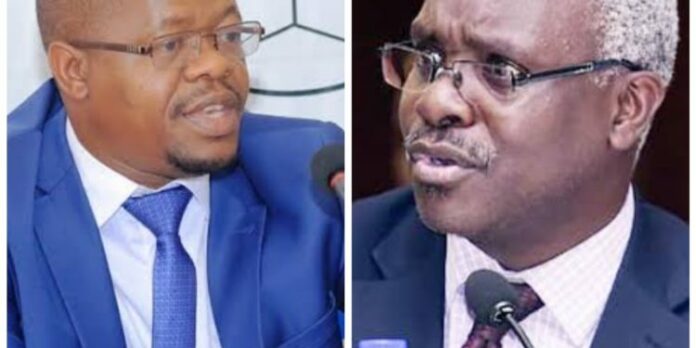 Following the reappointment of Micho as the Uganda Cranes head coach, there has been a social media fight on twitter between Former Vision Group CEO Robert Kabushenga and FUFA President Eng Moses Magogo.
The two have been hitting back and forth to each other with the first being Kabushenga tweeting; “Micho, I hope this time you have been paid in advance. Unless of course you are returning as a volunteer. If they pickpocket you again don’t come here to make noise for us.”
Micho resigned in 2017 after his first stint as the Cranes head coach saying FUFA had not paid his monthly salaries for a number of months.
Magogo did not hold back replying Kabushenga; “With you as the country head boy, we will make sure that in this new contract we pay him through your bank account.”
“It looks like tweeting is your retirement hobby. Dot com era Jajja does not tell stories around fire places but tweets. Just provide us your bank details to be receiving the man’s salaries,” Magogo added in his response tweet.
“Moses Magogo stupidity is not a badge of honor. It is not a good idea to wear it in full public view. But then again you are far too tone deaf to understand it,” Kabushenga hit back.
Magogo then responded; “Kabushenga the nearest you came to football you ran away leaving debts in hotels?
“Football administration and selling newspapers require different skills.”

“Moses Magogo in normal times you should be in jail & weightlifter Julius Sekitoleko should be an MP. But then God has played a cruel joke on us as a country & it is the other way round. But it takes a special kind of idiocy to make a mockery of it. I give up!!!” Kabushenga said.