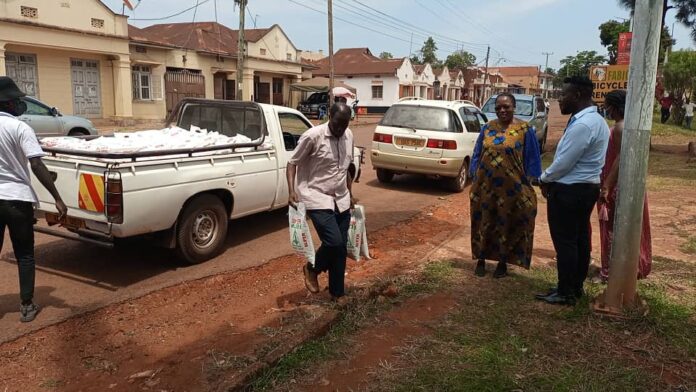 Local Musicians and Comedians based in Jinja City  have received food aid in order to enable them to live in comfort during this on-going lockdown due to #Covid-19 pandemic.

Owek. Machora said the food she donated to musicians was part of Ten tons of maize flour that she lobbied from her Dutch friends and individual Ugandans who included Mariam Naiwumbwe, a lecturer at Kampala University Jinja branch and Viveka Buguta a Jinja based Indian businessman, which she distributed to vulnerable people affected in the lockdown. 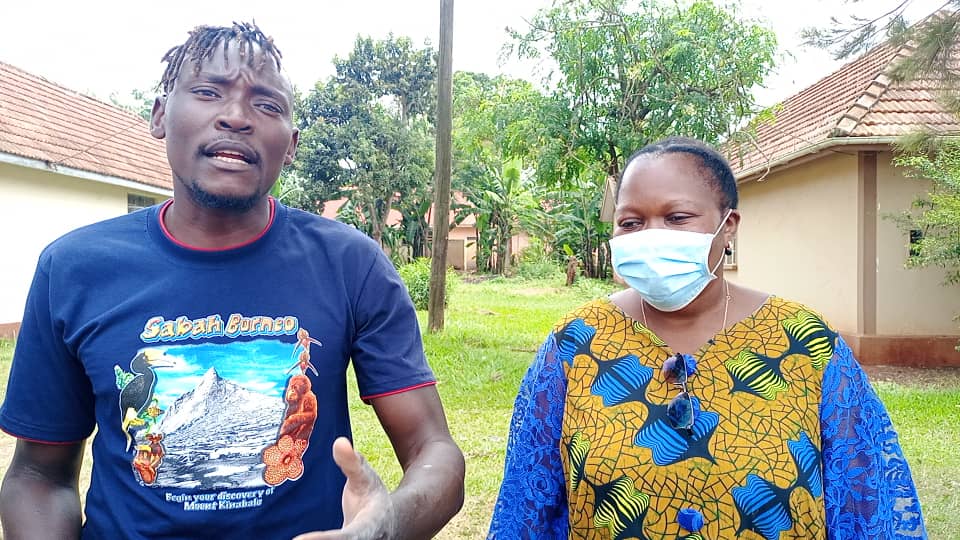 While handing over the food aid, Owek. Machora urged musicians not to rely on one feed alone, such as music but also engage into agriculture and other side profitable businesses that will help sustain them like in times of lockdown.

Owek. Machora also urged the business community in Jinja to extend support to vulnerable people in communities who were affected by the lockdown which was partially eased.

Walusimbi was thankful to Busoga Kingdom through Owek. Machora for the food donation towards vulnerable musicians and entertainers.