“There are few soldiers more remarkable than Lt. Gen. Pecos Kutesa, who died today. He wrote a bush-war memoir that the president read and liked before bringing him back from the cold. And in his last years he survived, and even prospered, on half a liver donated by his loving wife,” Rodney Muhumuza, a journalist with Associated gave a precise definition of the late Gen Kutesa’s life in a tweet.

He died from India on Tuesday where he had been taken for treatment of liver complications. He was 65. His former military colleagues who served with him, described him as a heroe and a liberator.

The former security minister Gen Elly Tumwine tweeted: “I am saddened by the news of the passing of a freedom fighter, a hero to many, and my long-time comrade Lt. Gen Pecos Kutesa. May God strengthen his family in this trying moment and rest his soul in eternal peace. Fare thee well, Comrade,”

Another former Security Minister and former presidential candidate Lt.Gen. Henry Tumukunde mourned Gen.Kutesa describing him as a true patriot.
“I’m deeply saddened by the passing of General Pecos Kutesa (RO/0026). Uganda has lost a true patriot. A man who gave his all for this country. A sad day for the nation, family & the UPDF fraternity. Rest in Peace Comrade General”.

Lt Gen Kutesa began his military career in 1976 when he joined the Front for National Salvation [FRONASA] started by president Museveni to fight the former government of Idi Amin.

When Amin was overthrown in 1979, he went to Munduli, Tanzania for cadet training where he trained with other officers who later became influential and top commanders during the five-year guerrilla war led by Museveni from 1981 to 1986.

After his training in Tanzania, he was deployed in Nakasongola but he later deserted and joined the NRA in March, 1981 after he got information that there was a plan to arrest him for connection with the rebels under President Museveni.

The NRA had a month earlier attacked Kabamba barracks which marked the beginning of the Luwero War which brought Museveni to power in 1986.

During the war, he commanded hair raising operations meticulously which put him in the category of extremely brave and fearless commanders who fondly called Kalampenge. 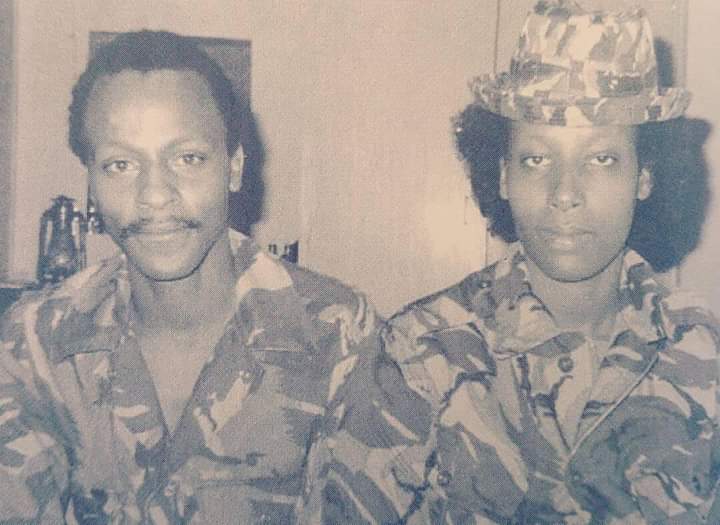 That group included officers who have since  died. Under this group, there were fallen officers like Lt Col Fred Mugisha, Lt Col Jet Mwebaze and Col Patrick Lumumba.

He was always in the group that was selected to carry out deadly missions.  One of the many decisive battles he commanded was the attack on Masindi barracks in 1984 which President Museveni has described in his book The Mustard Seed as a turning point in the war against the government.

During the early days of the rebellion in April 1981, he was among the first commanders of the small units formed by the rebel leader Museveni.

The NRA attacking force had been split into five sections, each with 10 people. Sam Magara (RIP) led section one, Kutesa led section two, Jack Mucunguzi led section three, Hannington Mugabi led four and Rwigyema took charge of section five. Some of the fighters were unarmed.
The late Gen Kutesa commanded the First Battalion which was part of the fighting force that fought decisive battles at Katonga bridge on Kampala-Masaka Road.

Gen Kutesa operated on one side of Katonga Bridge while Ahmed Kashilingi’s 5th battalion was on the other. At that time, Steven Kashaka who was the substantive commander of the 5th battalion, had withdrawn because of sickness, leaving the command to his deputy. 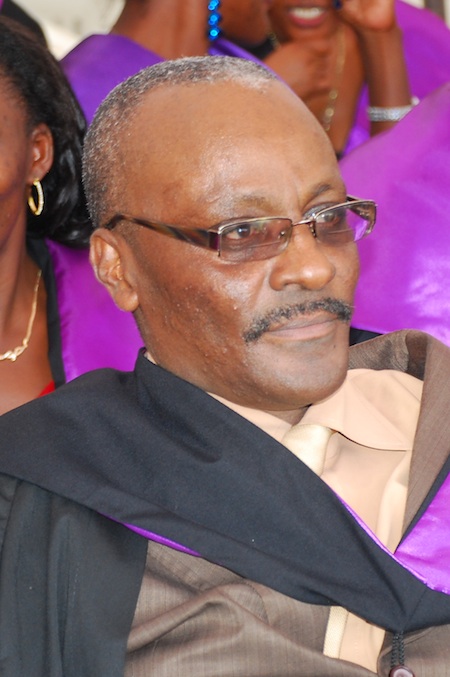 During the capture of Kampala, his First Battalion captured Lubiri and Makindye barracks.  After the capture of power, he was given the rank of Colonel which he held from 1988 to 2006. This long stay on the same rank for almost decades sparked speculation that he had fallen out with the regime.

In 2006, he wrote his memoirs How Saw It and this probably helped to be recalled from cold and from then he held different appointments. He held the position of UPDF Chief of Doctrine until his retirement three weeks ago.